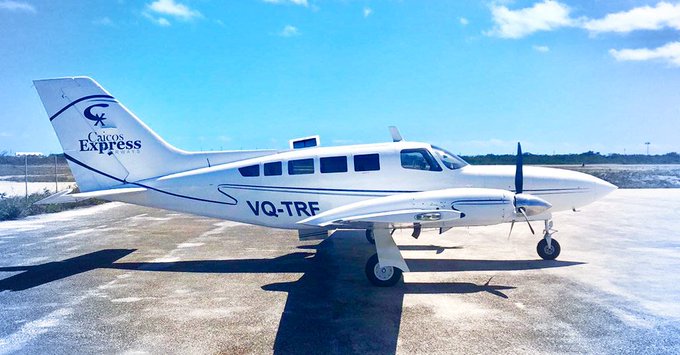 While this may have appeared scary to viewers of the cell phone video which was circulated on social media, at no time were passengers or crew of the Cessna 402 in any danger.

Caicos Express is aware of two videos circulating on social media and we thank our loyal travellers for their calls for clarifications regarding the incident.

The window, which had registered as closed by the aircraft’s system, popped open. We regret the anomaly which happened shortly after take-off.

Caicos Express is however heartened by the composure of the captain who followed procedure and immediately retuned the aircraft to the Providenciales International Airport (PLS) where he executed a safe landing.

The window of the aircraft was re-secured and the flight resumed as normal to Grand Turk.

At no time was there any danger or emergency.

We want to commend our valued passengers who, during the incident, remained calm.

Caicos Express crew is trained to manage any situation and at no time did our captain require any assistance from passengers.

Management would also like to take this time to remind travellers of the importance of following crew instructions. Passengers, for the safety of all on board, should never intervene or tamper with the aircraft unless specifically guided by the crew.