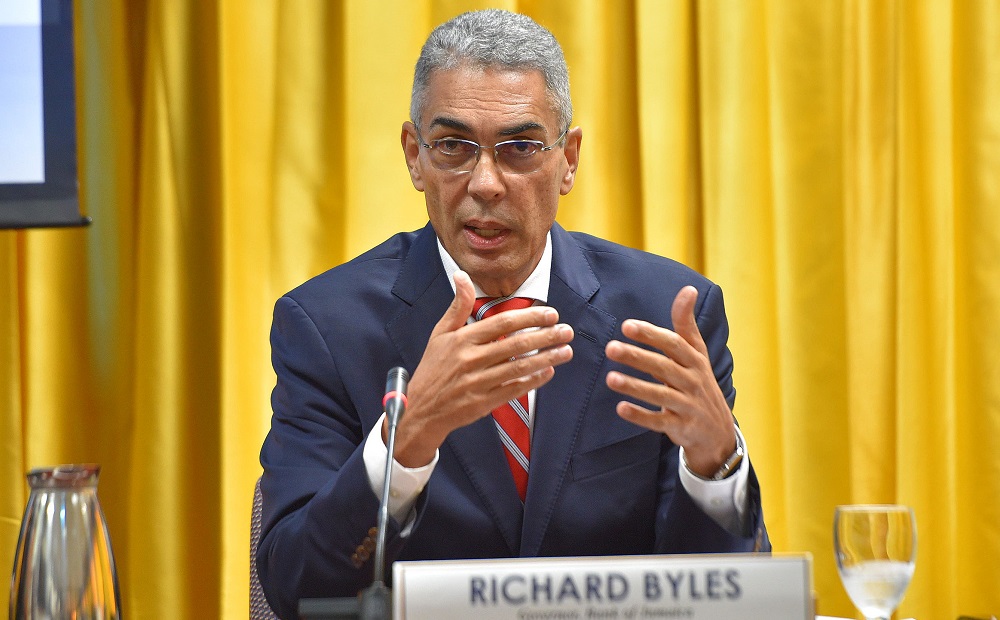 #Kingston, November 25, 2019 – Jamaica – Bank of Jamaica (BOJ) Governor, Richard Byles, says the sale of US$140 million to the foreign exchange market has served to satisfy extraordinary currency demand, which surfaced in recent weeks.   The spike was related to demand for portfolio transactions and seasonal restocking by retailers ahead of the Christmas period.

Speaking at the BOJ’s quarterly briefing on Thursday (November 21), Mr. Byles said this spurred a 5.2 per cent (J$7.07) depreciation in the value of the dollar between October 1 and November 12, “despite normal daily inflows”.

Additionally, he said it reversed the 1.8 per cent appreciation that occurred in September, “and erased the sense of normal two-way movement in the exchange rate that had been evident for an extended period prior to October 2019”.

“Public concern was amplified by the weighted average selling exchange rate breaching the psychological threshold of J$140 at the end of October 2019,” the Governor further stated.

However, Mr. Byles said consequent on the BOJ’s sale of the US$140 million, via five BOJ Foreign Exchange Intervention and Trading Tool (B-FXITT) flash sale operations to authorised dealers and cambios, “we have observed that the exchange rate has adopted an appreciating trend since November 13”.

Meanwhile, the Governor said that in its latest intervention of US$20 million on November 14, the Central Bank amended its rules to stipulate that all the funds be resold to end users – non-financial institutions that are funding obligations for goods and services acquired.

“The Bank felt that this requirement was necessary as the larger part of the previous intervention funds had not reached end users. So, it’s a good method to use at a particular point in time, but it’s not [one] that we want to continue to use. In any event, we don’t want to continue to have to sell into the market; rather only when we feel it is acting erratically or irrationally,” Mr. Byles pointed out.