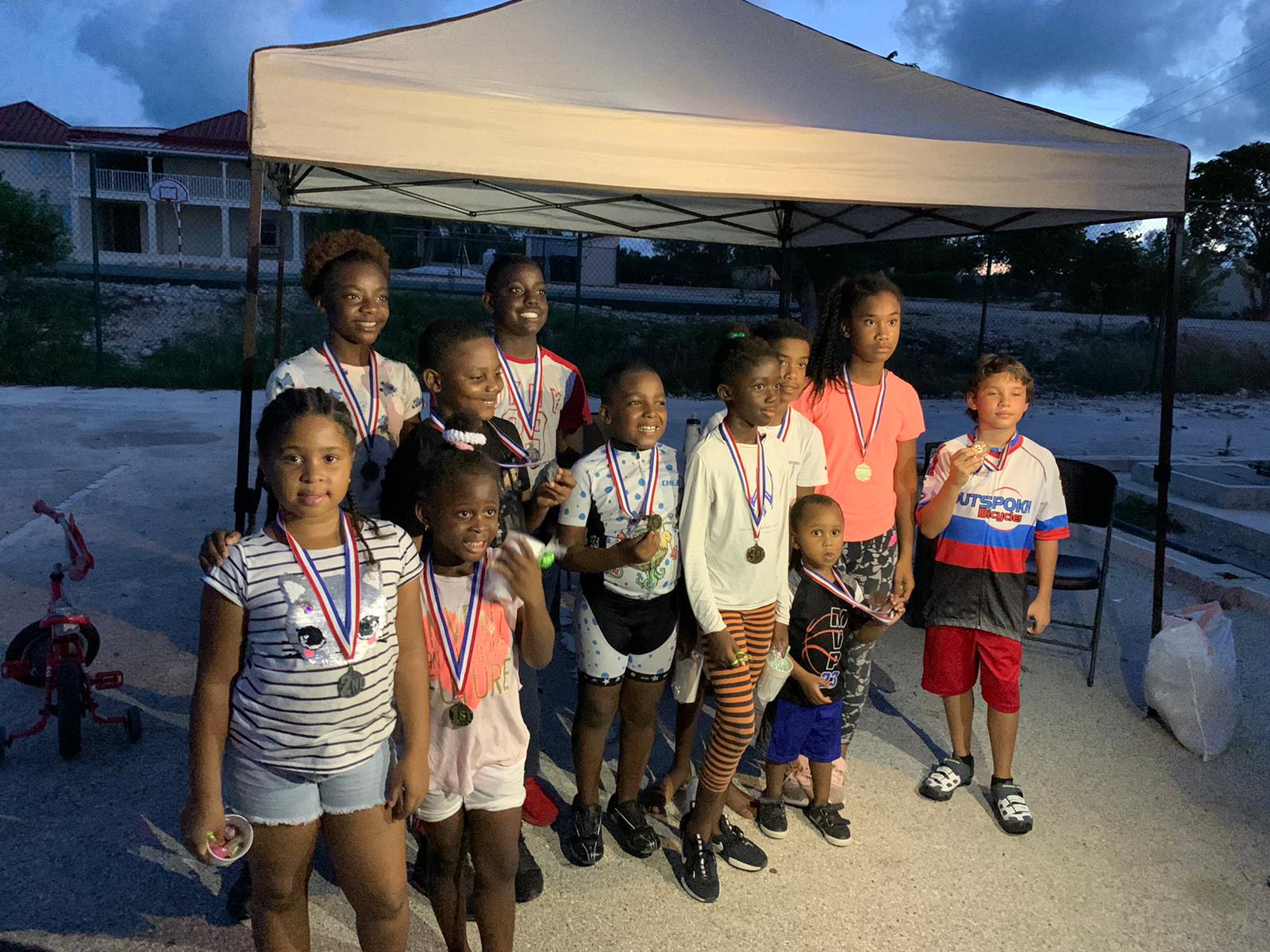 #Providenciales, October 4, 2019 – Turks and Caicos – The second Annual National Youth Championship took place yesterday September 28th at the National Stadium. The event which was totally focused on the younger riders, was a fun filled exciting one that saw more than 15 children and preteen compete over 5 categories.

The event began with Cadets 1 Boys (12 miles) Cadet 1 Girls (6 miles) and Cadet 2 Boys (8 miles) all leaving the starting line together on their respective routes along Venetian Road.

Ethan Gardiner once again claimed the top spot in Cadets 1 Boys. He was followed by Elizario Clarke who was absent for a few races but came back in good form.

Not to be outdone by her twin brother Ethan, Alyssa Gardiner placed first in Cadets 1 Girls. First time racer and cousin Oriana Gardiner, came in a close second.

Kymani Ewing continued his domination of Cadets 2 Boys, with his friendly rival E8Mory James close on his heels.

The real MVPs of the day were Estheban Couture and Hayle Williams. Though they both finished in third (Cadet 2 Boys and Cadet 1 Girls respectively), they did so after picking themselves up after major falls that could have easily ended their races. Their persistence was an inspiration to both child and adult cyclists alike.

The next race, a one-mile course was a family affair. The Registre sisters, Giselle in first and Gionaris in second, showed off strength and skills inherited from their father, Fred.

The final race was the cutest, funniest race held by TCCF. As a two-year-old and an almost three year-old in a hail of giggles and happy screams, proved they could ride in a somewhat straight line. Matthew brought home the final win of the evening for the Gardiner Clan. And little Elion Harvey placed second in fine style.

The days was fun for riders and non-riders alike. With Bouncy castle, music, food and games. We look forward to an even bigger and better event next season.

TCCF President Shanwell Gardiner expressed his satisfaction with the turnout for the Youth Championship stating “It is very encouraging to see an increase in girls and younger children developing an interest in cycling. It helps to ensure the longevity of the sport.”

The final events for the season, is the ultimate championship, The Second Annual Tour of the Turks and Caicos in October. The tour will include 5 stages over 4 islands. Stage 1 in Grand Turk on October 12th , stage 2 & 3 in North and Middle Caicos on October 13th and the final 2 stages in Providenciales on October 14 th .

The Turks and Caicos Cycling Federation wishes to thank the spectators for supporting the event, and the race committee and volunteers who assisted in making this event a success.