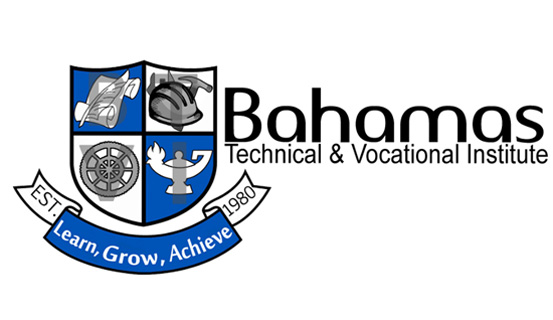 Classes will be held on the second floor of the main building located on Peach Tree Street and Settlers Way. They will also be held at St. George’s High School on Sunset Highway. BTVI will be using five classrooms at the high school, in addition to the electrical, auto mechanics, cosmetology and welding labs. Those classes will be held in the evenings and on Saturdays.

According to Associate Vice President of the northern campus, Veronica Collie, the schedule will remain the same for the most part, with classes now ending on December 21 st . Furthermore, this semester’s final exams will be held the week school resumes for the spring 2020 semester.

“This is because of the extenuating circumstances,” said Ms. Collie, who added that she has advised instructors to do make-up classes. Before hurricane Dorian, there were over 400 students registered at the Freeport campus; however, Ms. Collie said the administration is expecting approximately 250 to continue this semester.

“Some students have decided to withdraw for the semester. (Others) have been calling and coming by every day, asking questions. Many do not have electricity so there is no internet access. One called and said his family member is still missing so they are worried and some have family members who have passed away. Others are still staying in shelters,” she stated.

BTVI’s ground floor experienced a surge of water up to eight feet. Presently, the entire ground floor is gutted and the administration is working out of make-shift offices on the second floor.

BTVI’s administration is preparing to host a welcome back event in Grand Bahama on October 4th to include staff, faculty and students. Care packages provided earlier by the New Providence team for colleagues in Grand Bahama, will also be distributed to students on that day.

Ms. Collie said both students and instructors are eager to resume classes.

“Just starting classes will be therapeutic. As for the part-time instructors, they are anxious to come back; the full-timers come by every day and help clean up and attempt to salvage some items,” said Ms. Collie.

BTVI’s President, Dr. Robert W. Robertson, thanked the Grand Bahama team for its fortitude and resilience during this challenging time.

“The attitudes being displayed by our team members in Grand Bahama are admirable at perhaps the most difficult time they have ever been confronted with. Some of them have lost everything, yet they keep pressing on and encouraging each other. It’s heartwarming,” said Dr. Robertson.

“Also, the enthusiasm of the students to return to classes speaks volumes. Not only have they called and stopped by, but they’ve also been asking questions via social media. They are ready to go and we’re in step with them. We are rooting for them and believe triumph will prevail from
this adversity,” he added.

Meanwhile, BTVI operated a centre out of Patrick Bethel Senior High School in Abaco. However, the school was pummeled and there is no indication of operations resuming any time soon.

Overall, 70 students from Grand Bahama and Abaco have either transferred or were enrolled in BTVI New Providence for the first time, since the hurricane.