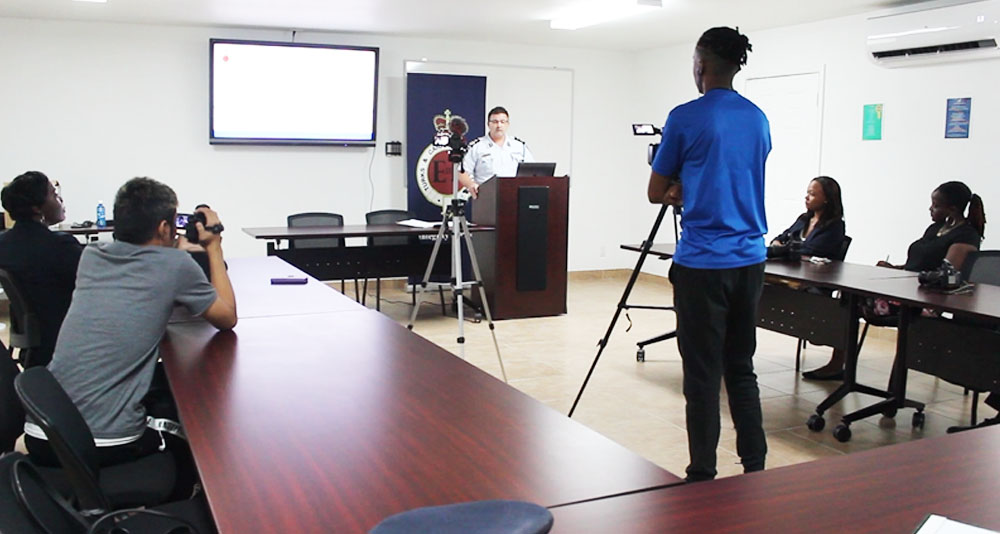 #Providenciales, August 20, 2019 – Turks and Caicos – The new TCI Police Commissioner is not afraid to flush bad behaviours which inhibit public trust or threaten the good integrity of the Royal Turks and Caicos Islands Police Force; it is what he told media when quizzed about criminal allegations and court trials involving members of the Force.

“Let’s be really clear on this, if people aren’t going to act with integrity and they’re not gonna serve their community and serve this Force well, they can look for another job and that’s not a threat that’s just the bare reality of what’s gonna happen,” said Trevor Botting  in his first press conference as new head of the Royal Turks and Caicos Islands Police Force.

“Every force, in every part of the world will have misconduct issues.  The other thing is just about the Force that is willing to tackle it and deal with it and that is an important message as well. If you have the point where you accept that we can have some officers who make the wrong decisions, make stupid decisions then actually the next bit is, ‘have you got a Force willing to tackle it?’ We have a number of officers that are either on admin leave or suspended.  I don’t like it, I don’t take any joy in it…”

Botting, as the former Deputy Commissioner of Police, a post that carries the responsibility of Human Resources management promised that he will not back down from moving processing on forward.

“Certainly, when I got here, I kept hearing this rhetoric that we ignore offences and we ignore our own, people get away with it,” Botting was adamant about not ignoring misbehavior, “…we won’t, we won’t!”

In his response to the question, Commissioner Botting shared that he is confident that his second in command, Acting Deputy Police Commissioner, Rodney Adams will continue to ensure there is integrity among the ranks; Botting counts good character as critical to being a good officer.

“If any police officer doesn’t have integrity then literally, they have nothing.  They can be anything else, but if you haven’t got integrity then…” with a shrug of his shoulders, he continued with, “…and people see it, the public see it and in some ways this doesn’t help people having confidence in us but I also want to look at it the other way, that we are willing to deal with our own.”

There was also a commitment to handle smaller yet important complaints more rapidly.

“I also want to improve one thing fundamentally; is we do things quicker.  So, if you came and made a complaint today, at the moment it could take a long time for you to get an answer.   When in actual fact, a person complaining wants a quick answer. We have some very refined or defined processes to deal with misconduct, I’d like some short circuits in there.”

In 2018 alone, the TCI Police informed of at least nine cases where members of the Force were facing criminal charges.