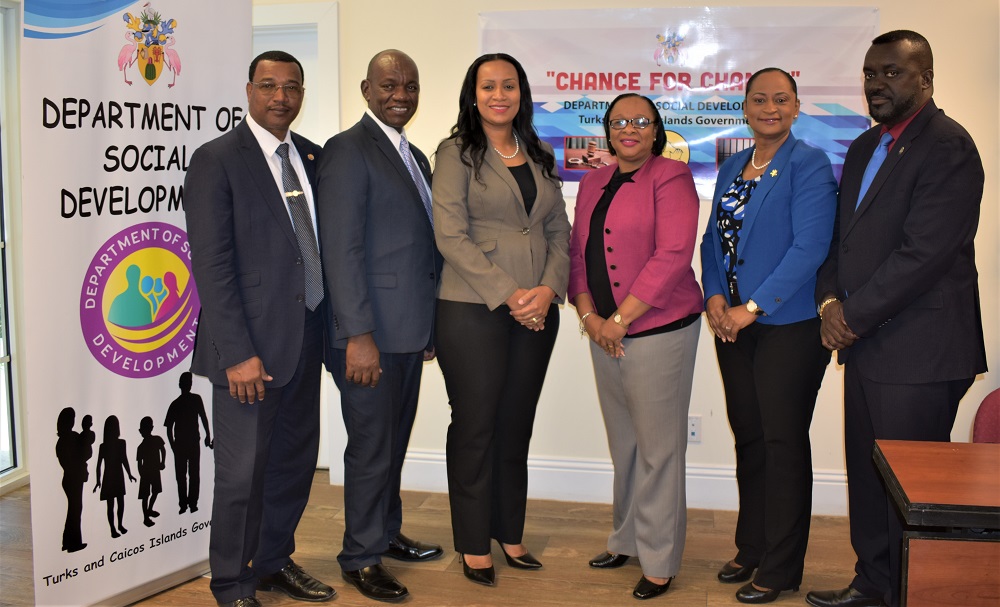 #Providenciales, July 16, 2019 – Turks and Caicos –The Premier Hon. Sharlene Cartwright-Robinson was among the specially invited guests for the official and long waited launch of one of her Government’s signature initiative: a complete rehabilitation program for criminal offenders styled ‘Chance for Change’.

At the launch of the program, plans and objectives were outlined and existing efforts to rehabilitate offenders were shared. At her Majesty’s Prison, inmates are offered opportunities to develop transferable skills to give them a better chance at being hired once their sentence is complete. HMP currently offers:

All in efforts to rehabilitate inmates and to prepare them for life outside of the prison.  Chance for Change will join efforts of various Government departments, private sector organisations, churches and other non-governmental groups all working together to assist offenders and to support their transition from incarceration back into society.

Premier Cartwright-Robinson commenting on the initiative said, “There are some of our people, Turks and Caicos Islanders, who may have made a mistake one time, or made a bad decision that landed them in prison and are being branded by that decision for the rest of their lives. They are often times forced to live sometimes in poverty because no one is willing to offer them a chance for redemption.  Chance for Change will change that.

There is an urgency for every facet of society to unite to restore the faith in these individuals who have served their prison sentence, learned their lessons, paid for their mistakes and are willing to work and be a part of civil society once again as law abiding citizens. We cannot as a small country toss any citizen aside. Our behaviour to not accept them makes us a part of the problem.

My Government fully supports this initiative and will do what we can, along with the partnership of the private sector, to push this project forward. My vision – our vision, is for it to grow and reach and touch the lives of many previous offenders of the law and motivate them to do better and be better and to break the cycle of repeat offence.

We have waited long enough for this launch and I am eager and excited to get this program up and running. There is a lot of work to do, but this is the first step.”