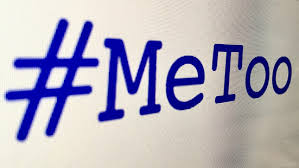 #GrandTurk, Turks and Caicos Islands, July 6, 2019 — A member of the Royal Turks and Caicos Islands Police has been appointed to take over operations at the Grand Turk, Salt Cay and South Caicos Police station, aka, Division A and the sudden move follows a report of sexual misconduct which was widely circulated on social media about the man who was once in charge of the precinct.

The situation posted and shared online on Friday accuses the senior officer of inappropriately touching and brazenly propositioning a subordinate, female officer while both were off-duty and at a popular hang out in Grand Turk.

A photograph of the officer accused of the #metoo-type, sexual indiscretion was circulated as well.

While the statement from the Royal Turks and Caicos Islands Police does admit that there is now an investigation into the filed complaint; it steers clear of naming the officer and informs that the RTCIPF is not prepared to say anything more on the very serious allegation against its top ranked Grand Turk officer.

“We are aware of the allegation and we take all allegations of harassment seriously. An internal investigation has begun, and as a result, an officer is placed on administrative leave. No further comment will be given at this time.”