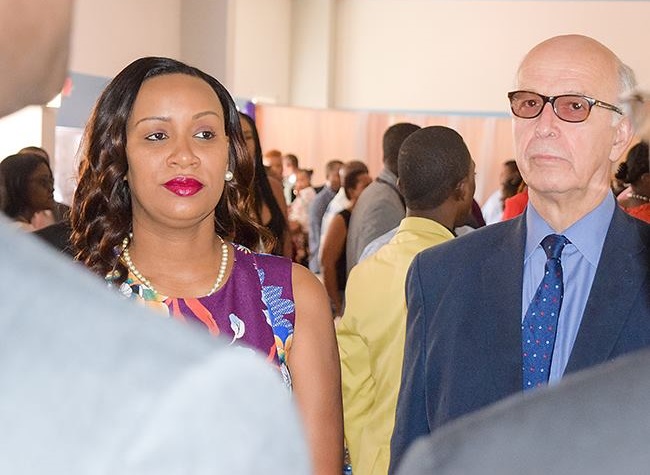 #Providenciales, June 19, 2019 – Turks and Caicos – 1The Governor’s Office today responded to a Magnetic Media query and advised that the office is aware of the latest, startling complaint of unfairness at Her Majesty’s Prison in Grand Turk and that the office which shares responsibility for prison management with the Ministry of Home Affairs is looking into the matter.

“The Offices of the Governor and Deputy Governor are aware of a WhatsApp message being circulated which purports to represent complaints made by staff of Her Majesty’s Prison,” said the reply which came this afternoon.

“The prison officers (of all ranks) are displeased with the repeated conduct and manner of treatment this Superintendent Grahame Hawkings is putting them through and favoring Mr. Raymond Grant and his Jamaicans (the foreigners) over the local prison ranks.”

Grahame Hawkins joined HMP about six months ago, after a previously short-lived superintendent retired the post early.  The turn-over rate of superintendents for the beleaguered facility is very high.

Already during his tenure, Superintendent Hawkins has had to cope with uprisings, protests, a one-man hunger strike, a roof top demonstration, several assault incidents – allegedly on officers, inmates and himself; live broadcasts from the prison on social media and the threat of a human rights violation lawsuit.

Now a letter which says the officers, who fear coming forward, feel disenfranchised and are being barred from formally lodging their complaints with Premier Sharlene Robinson and Minister of Home Affairs, Goldray Ewing.

“As much as how they do not like the rule or the  procedure to request to see the Minister of prison and/or the PS, they ( the prison officers ) have done it but of course no response or reply to their growing upsetting concerns and ill treatment by Superintendent Grahame Hawkings and his small elite circle. They believe the requests have been treaded and never sent to the Home Affairs Ministry.”

The Governor’s Office confirms that no formal complaint has been lodged as the Office tries to identify the source of the reported complaint.

“The message has been drawn to the attention of senior officials within the Ministry of Home Affairs and an investigation has been requested into the validity of these claims, as no official complaints have been made on file.”

Magnetic Media also reached out to Minister Ewing, who now heads Home Affairs; there has been no response.

F Chambers Law Firm informed just moments ago that there has been no reply to its letter of May 22, 2019; written in concern about possible inhumane treatment of its client and other inmates.