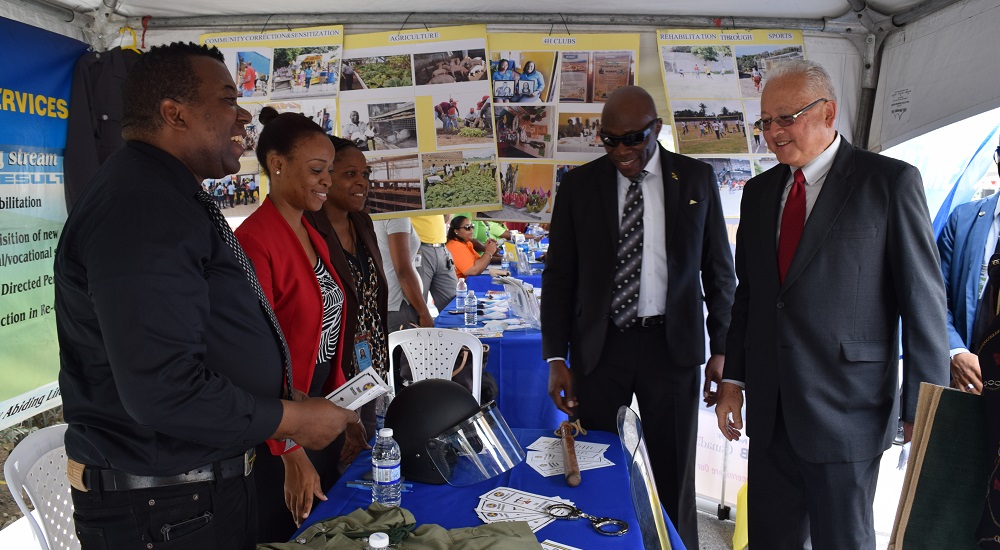 Speaking at the Judiciary of Jamaica National Symposium in Falmouth, Trelawny, on June 26, Mr. Sykes said it is against this background that it is important there be a redoubling of efforts to meet the goal of having the best legal system in the region in three years, and being ranked amongst the best in the world in six years.

Mr. Sykes argued that in order to achieve these important milestones, the local courts must continue to be governed by international standards and adopt best practices.

“Increasingly, when persons are going to invest, what do they look at? They look at the legal system or the dispute-resolution mechanism,” Mr. Sykes noted, adding that Jamaica has all the tools to being that shining light in the region.

The Chief Justice said many First-World economies have been showing how beneficial it is to have a first-rate legal system, pointing to the United Kingdom as a classic example of a nation that has been reaping the economic rewards.

“Four years ago, it was measured at $25 billion and this was just for the provision of legal services. In other words, the legal system is a contributor to the gross national product (GDP). And how did it get there? It got there by establishing its reputation as an efficient, fair, balanced dispute resolution centre,” he said.

The Chief Justice said that it is his vison that Jamaica will “become that place”, adding that “there is no reason why we cannot become the dispute resolution centre for this region”.

Mr. Sykes added that Jamaicans should readily accept the reality that investors will not come to this country for the sake of being hospitable, but will do so because they are confident that the climate is such where they are comfortable in investing money that could have gone elsewhere.

“I am saying that a big part of that is having a legal system that will be fair and balanced and one that doesn’t take a lot of time to handle disputes,” he pointed out.

In the meantime, the Chief Justice said it is important to continue to place emphasis on hearing date certainty, noting that it remains a surefire way to reduce delays and clear backlogs, particularly in the Home Circuit Court.

Mr. Sykes said that it also remains one of several benchmarks that measure the efficiency of court operations and refer to the certainty that cases will begin on the scheduled date.

Header: Chief Justice,  Hon. Bryan Sykes (second right) and Minister of Justice, Hon. Delroy Chuck (right), inspect items on display at one of the booths at the Judiciary of Jamaica National Symposium, held in Falmouth, Trelawny, on June 26.