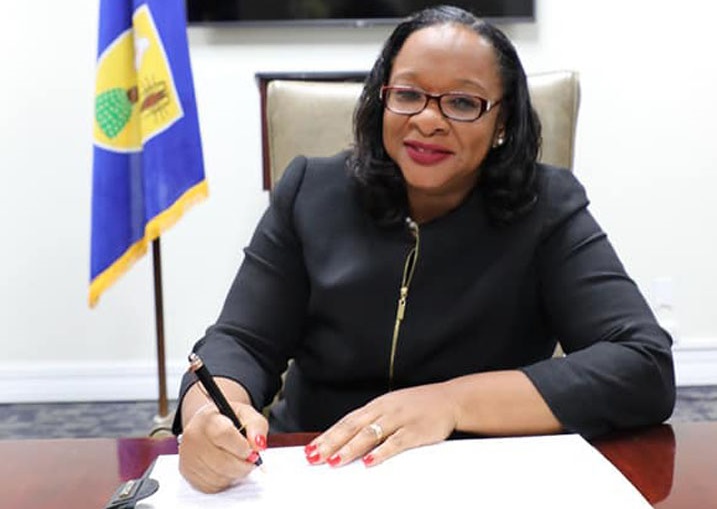 #Providenciales, May 1, 2019 – Turks and Caicos – One day before the National Budget is presented, the country hears that there is a new tax, planted inconspicuously in the Budget Booklet to financially weigh the people down… later, that claim of a new tax is refuted as untrue and there is a promise to remove it through parliamentary action.

PNP Appointed Member Royal Robinson found the item and first thing this morning began exposing, what he suspected was a sneaky maneuver to implement a General Service Tax or GST.

Hours later, the Premier and Finance Minister Sharlene Robinson issued her own statement to say there is no plan by her Government to introduce a new tax and that the item is old news, having be a part of documents laid in the House of Assembly a few times already this year.

Still, one has to wonder why the item appears in the booklet at all. One resident to Magnetic Media questions who put it there in the first place.

This morning, Royal Robinson in his statement to the public included the precise page from the Budget Booklet where the GST was listed under the Key Programme Strategies.

He accurately cites that the item four introduces a tax.

“Implementation of a General Sales Tax: Commencement 1st Quarter 2019/2020.  The introduction of a GST in any country is a move toward tax reformation in the levying country.  The Good and Services Tax (GST) subsumes many indirect taxes.  And is a tax on both goods and services.”

The explanation includes that the tax would be complete by March 2020, which is the end of the current fiscal year.

“The Premier as Minister of Finance is using the old tried and proven adage that if you put it in print and in plain sight, the people will miss it.  Not so, this time Madame Premier, we are up to your sneak attack and are now exposing you for the devious person you are.”

Ouch!  But Premier Robinson shot back there had been earlier opportunities, missed by the Appointed Member to enquire of the GST and what it meant.

“Regrettably, this was not raised during the Meetings of the Appropriations Committee, then this information would have been given and the representative’s time would have better been spent.”

The country’s leader dismissed any notion that there is a clandestine plan afoot.

“No recommendation for a new tax has been made or accepted by my Government or Cabinet,” said the Premier, who added later that, “I assure the people of this country that we enjoy a strong financial position and are considering now how we can use the strong cash position for major national initiatives.”

The Budget presentation will be made at 11 a.m.  tomorrow, May 1, 2019 and carried live on the Facebook page of the Office of the Premier, said Premier & Finance Minister Robinson.