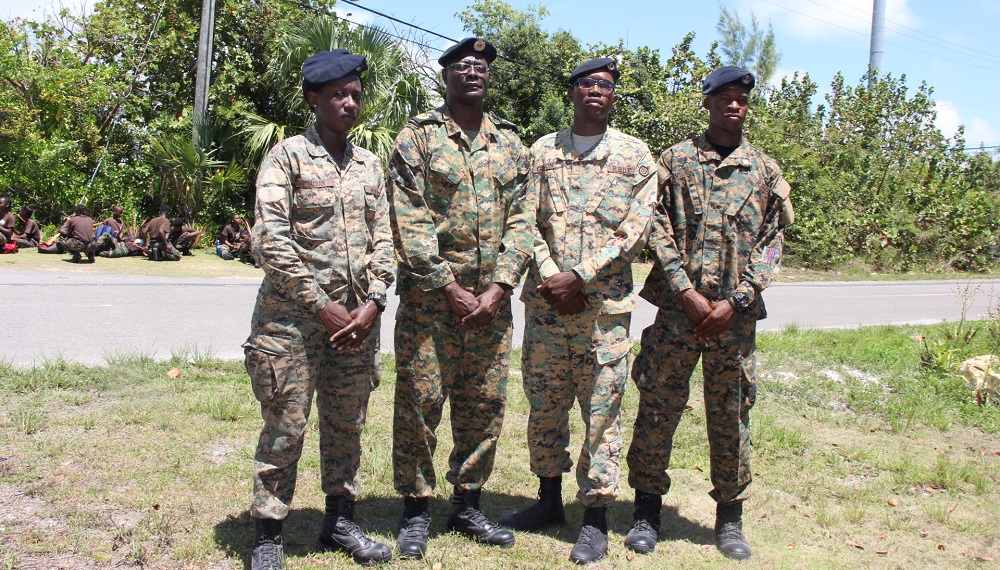 The Marines were part of a security support team that was monitoring approximately 50 Defence Force Rangers who were on a 70-mile expedition under the supervision of Chief Instructor, Chief Petty Officer Pedro Bain.

The Marines, led by Able Seaman Michael Gibson, were minded to follow the man into the woods where they found him hanging from a tree. The two other instructors who provided assistance in rescuing the man were: Marine Seaman Cyril Davis and Woman Marine Alexis Strachan.

They were able to quickly retrieve the man thereby preventing him from suffocating to death. An ambulance was called to the scene and Police are investigating the incident. The Marines were commended for their quick response.

All persons, who are unable to cope with the pressures of life, are encouraged to seek professional help in finding solutions to the challenges they face through the assistance of their pastors or priests, human resource personnel or social workers.