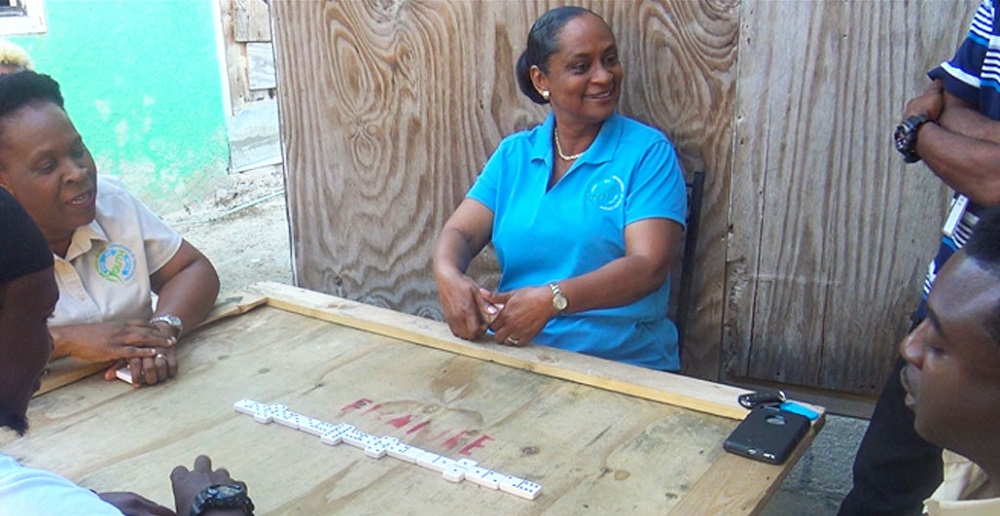 #Providenciales, February 21, 2019 – Turks and Caicos – “They come to your door, they promise you this and tomorrow, they forget you once they get in power. That’s just honest.  But you know, they have to look for the youths because the youths are the future, ya understand.”

Residents were straight up when Minister of Youth, Karen Malcolm entered their southside community last week to talk to them face to face; it was the first on-the-streets move for the Youth Listening Tour.

“We’re here in the settlement of Five Cays, interviewing and speaking and enjoying the afternoon with some of our young men.  Getting to know them, finding out what’s going on with them.  What they would like to see happen here in the country for the young folk.”

Minister Karen Malcolm seemed right at home, the island girl pulled up a chair and sat down at a domino table as she got down to the business of hearing what everyday residents think about youth development.

“Basically, that is what the Listening Tour is all about and we are in the process of putting together our youth policy. All of the ideas that we are getting from our young people will come together in forming our Youth Policy.”

Conversations were candid and included complaints about the process of getting Turks and Caicos national identification documents; one man shared that he was tired of promises and blamed broken promises for the anger and violence so prevalent among some young people.

“Promises, they are not working.  Everybody just coming ‘round ya door knocking with a pen and paper and they (are) promising this and promising that, but promises are not working.  That’s why you have a lot of young angry guys that are just going out there and letting it happen and whatever come to their minds, they are reacting because of all of the broken promises.”

Members of the Youth Department joined Minister Malcolm on the Listening Tour where residents were assured that special help, including vocational training, is coming for the youth over the next two budget years.