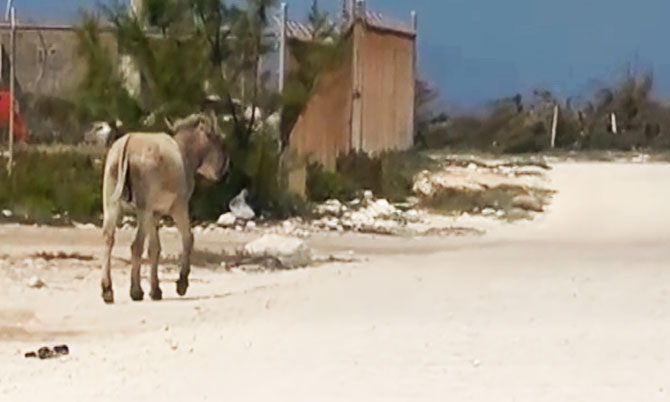 #Grand Turk, Turks and Caicos – Saturday, September 1, 2018 – The PDM Administration faced a frustrated group of about 50 residents on Tuesday night who detailed how long they have been put off by broken or waylaid promises when all islanders want is a return to the luster of a bygone era for Grand Turk.

Cited were the perimeter fencing at the airport as low grade construction with flimsy materials and falling down and the welcome mat of trash which is far too often the case for the bustling cruise port. 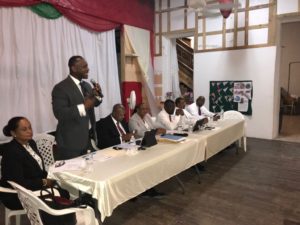 One comment was that the JAGS McCartney International airport, continues to look hurricane-hit  and the areas of Cockburn Town and Palm Grove which were essentially described as dilapidated and littered with trash.

There was a call for side-walks to be established in the two ‘Folleys’ to end the unsafe and inconvenience caused by school students who are forced to walk in the streets instead of on the roadsides.

The Premier, during her Administration’s quarterly public meeting on Tuesday read a report received on Monday from the Airports Authority which called the fencing surrounding the airport adequate.  The matter of the fence at the airport became an issue when donkeys were able to breach the fencing and made the airport runway a hangout. 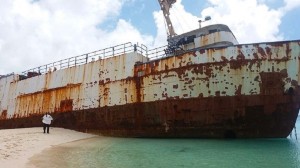 The Premier explained that her administration has agreed to a list of projects with Carnival Cruise Lines in keeping with the Grand Turk Master Plan, but it was less clear when the projects would begin as an MOU or Memorandum of Understanding continues to be unsigned between these partners.

Residents of Grand Turk were also informed that the rusty wreck, Mega One Triton will be removed from Governor’s Beach and that the South Base buildings will be demolished in September.

The second stop for the quarterly public meetings was South Caicos, held last night at the Community Center.