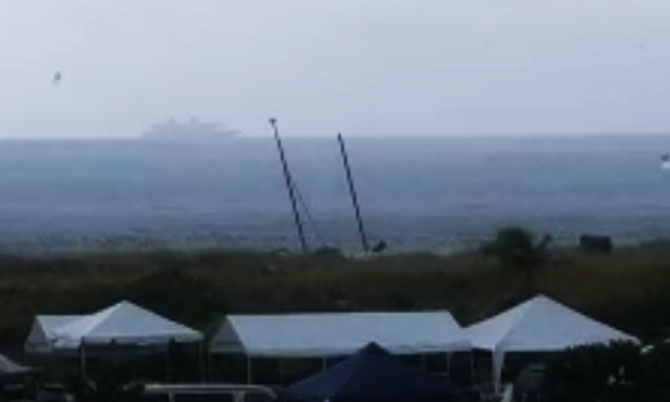 #Providenciales, Turks and Caicos Islands – Saturday September 1, 2018 – A photograph and video of what appears to be a Disney Cruise ship were flooding our media house from various sources on Thursday, as residents were understandably curious about the super-sized sloop parked off the #WorldsNumberOneBeach, Grace Bay Beach. 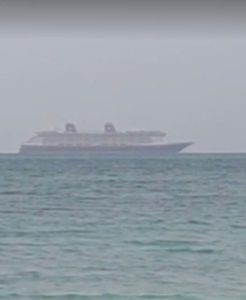 Residents explained that they were stunned to see such a massive vessel docked off of Grace Bay and Magnetic Media discovered that it was a medical evacuation which brought the big boat into the area and that a passenger successfully disembarked at Blue Have marina for  emergency medical treatment in Provo.

On Friday, the TCI Tourist Boards said: “On Thursday August 30, 2018 the Turks and Caicos Tourist Board was notified of a Disney Fantasy cruise ship maintaining position off the coast of Providenciales outside the Princess Alexandra National Park to facilitate the evacuation of a passenger due to a medical emergency. The Department of Environmental and Coastal Resources has conducted a preliminary investigation.

All relevant government and statutory bodies were advised and were prepared to provide assistance as required. We learned that emergency medical services responded to the scene where an emergency vessel made landfall at Blue Haven Marina accompanied by a nurse from Disney Fantasy and provided the necessary aid in transit to the Cheshire Hall Medical Centre.

Further details regarding this incident will be forthcoming pending the detailed investigation by the Department of Environmental and Coastal Resources.”