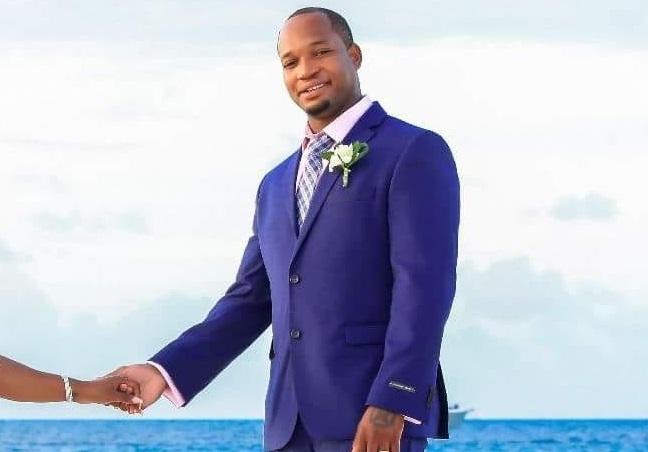 Evanson Capron on wedding day, one of five convicted of manslaughter

#Providenciales, Turks and Caicos Islands – July 3, 2018 – A belt wound around the neck of an unsuspecting jitney driver in an effort to terrorise and rob him of cash and other valuables was reportedly one of the ways two men, who were last year caught and charged with the crimes against four different jitney drivers, managed to subdue their targets.

Elvis Smith, 36-years old of Grand Turk is already serving out a three-year sentence at Her Majesty’s Prison in the capital.  The other man, Renardo Clarke will be formally charged on Friday after being on remand for months.

The pair, for four consecutive days – April 17, 18, 19 and 20, 2017 – hopped into the back seat of jitneys and reportedly used brute strength, the element of surprise, guns, one time a knife to slash a man’s face and even a belt around the neck of their victim in order to gain the upper hand and rob them of cash and cell phones mainly.

Jitneys are a popular means of public transportation in the Turks and Caicos, though illegal.  All four of the drivers were Haitians.

Smith confessed to the crime and got three years.

Clarke had also confessed; he was arrested long after Elvis Smith and had been awaiting a pre-sentencing report to hear how much time he would spend in jail for the violent crimes.

Woody Jean Baptiste, Kirk Delancy Jr, Calix Bottex, Lorvinsky Joseph and Evanson Capron were on May 22, 2018 convicted of the crime which claimed the life of 19-year old Kenley Walters of Blue Hills.

The stabbing death of young Walters happened on December 17, 2014.

The five men – two of whom are brothers and another who is a newly-wed – were originally due to be sentenced on June 20.