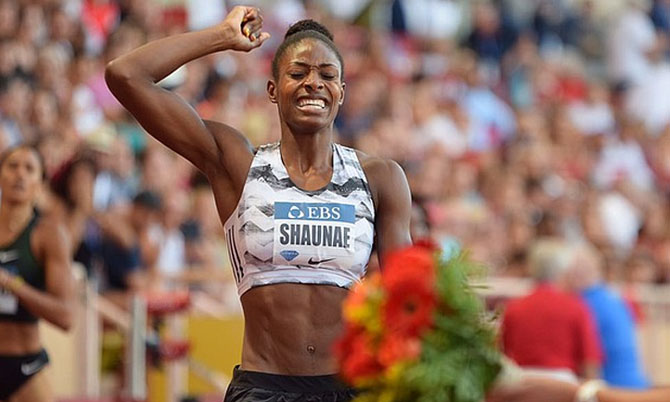 #Monaco, French Riviera – Friday July 20, 2018 – The record reveals that no woman has run faster than Shaunae Miller-Uibo in the past nine years; the Bahamian sprint champion today set another astounding record.

Monaco was the place, the 400m was the race and Miller-Uibo hit her target in the one lap when she clocked ‘sub 49’ with a final 48.97 seconds.

SportsMax reports that, “The time was a new national record, personal best, Diamond League and meet record. The last time a woman ran 48 seconds for the one-lap sprint was in 2009 when Sanya Richards-Ross clocked 48.83s.”

There were some other records shattered with that amazingly fast time, including a personal best for Shanae, a Diamond League Meet record and a new national record for her home country, The Bahamas.

“The crowd here is amazing, Naser was doing a great race and that helped too. You know it was my only fourth race over the 400m this season. We are trying with my coach different racing strategies. This was faster first 200 m or something like that. Next goal is to remain consistent on this level and long-term another barrier that is 48 seconds.”

Second in the event was Salwa Eid Naser of Bahrain at 49.08 with the USA’s, Shakima Wimbley coming in third place in a time of 50.85s.

Shaunae told reporters that right now, she was just ‘tired’ after what is hailed as a legendary race for the 24-year old champion.