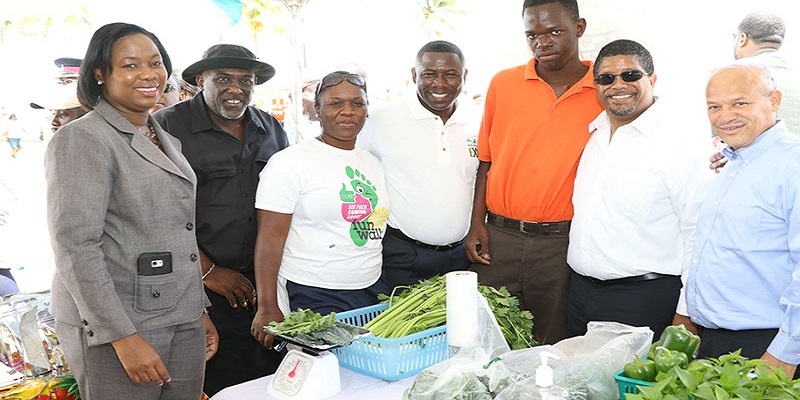 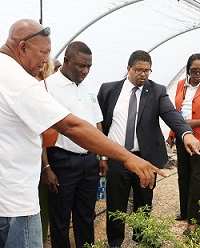 #Bahamas, April 18, 2018 – Nassau – Acting Prime Minister the Hon. K. Peter Turnquest said there are encouraging signs that the farming and fishing industries are on the comeback after passage of Hurricanes Joaquin, Matthew, Irma and Maria across the southern and northern islands of The Bahamas left extensive damage to the farmland and marine resources of those communities.

Entire crops were lost and fishing fleets were severely impacted, but the turn-around is due to togetherness and cooperation, Acting PM Turnquest said at The Bahamas National Agriculture, Agribusiness and Marine Resources Expo opening ceremony at the Gladstone Road Agriculture Complex, Friday, April 13, 2018.

He said the government believes that sustainable and effective rural development starts with listening to the people, particularly the farmers and fishers it is trying to help, ensuring that they are real and active partners in their own development. 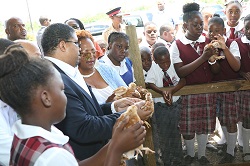 “I cannot say it too often, with an estimated population nearing 340,000 and growing every day, food security is a pressing and urgent issue.  This population growth has drastically reduced the availability of new arable land.  However, new innovations such as hydroponics and aquaponics encourage the efficient use of space for a larger, quality yield that will help to feed our people healthy foods at affordable prices.”

In order to create the conditions for lasting food and nutrition security, together, there must be a sustainable and planned food programme.

He said, “There is no reason why we cannot follow the world trend where agriculture is the single largest employer.  I am convinced that true development of this sector must involve real subsidy and creating an environment of empowerment of people.”

Acting PM Turnquest said there is no greater satisfaction than eating fruit and vegetables grown in one’s own yard. 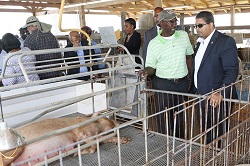 “There is dignity in farming – even in our back- and front yards.  That is how development is supposed to work.  I challenge every young person, every resident, and every organization on every island of our archipelago to step up and take part in the development of our Bahamas.  It begins with this!  Together, we grow! More hands on the plow, more lines in the water, more condos to build, more scientists to train!”

Acting PM Turnquest said on any scale, farming, fishing, and artisanship is business, and businesses add links to the value chain, from production to processing, to marketing, and ultimately, to consumption.

He said the government will support the development of the agriculture industry, as it knows that attaining greater food security is vital for the future of the country.

Acting PM Turnquest said, “Expo 2018 is a certainly an integral part of us achieving that grand goal of food security and greater independence for our farmers and fishermen and the industries that are affected and created by their activity.” 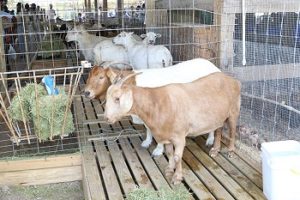 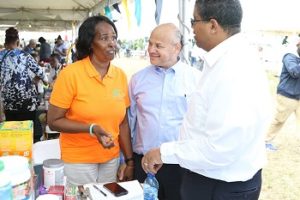 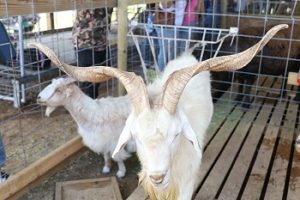 Team Bahamas Prepares For ‘Taste of the Caribbean’