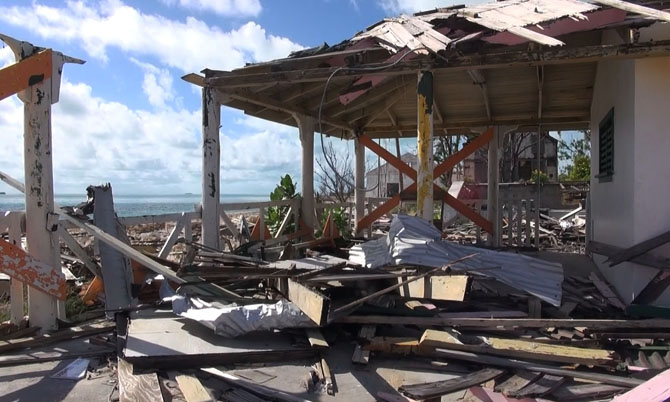 South Caicos, Turks and Caicos – December 13, 2018 – It has been 97 days since the Turks and Caicos Islands felt the ferocity of catastrophic Hurricane Irma, yet parts of the country are still as if the record breaking and history making storm just touched down yesterday.

Magnetic Media has been receiving reports from the Capital, Grand Turk and we have visited South Caicos this week and what we have been told and what we have seen  for ourselves is shocking, disappointing and unacceptable; especially for the residents of these hardest hit communities. 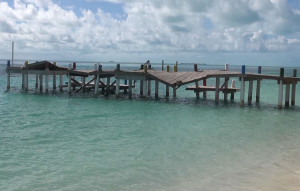 The Regatta Village in South Caicos, which just this past May marked 50 years of the annual South Caicos Regatta, is decimated.  Hurricane Irma did in South Caicos the unimaginable, having zero respect for the decades of history she pulverized with her winds and waves.  The roofs at the site were flattened or have caved in or were blown off and are still rotting mounds of rubble stacking over three feet with nails jutting out.  The debris, which covers the entire site – all these months after the storms – are a significant reminder that reconstruction help has still not arrived.

The three-year-old wooden jetty constructed in time for the 2014 homecoming and South Caicos Regatta is warped and wounded; gaping holes are now characteristics of the structure which was a symbol of a re-surging economy for the island, we call the country’s fishing capital. 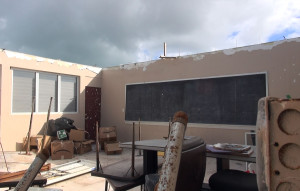 Now, that wooden dock appears rickety and storm weary after the lashing of what had to be monstrous surge waves and waters in Hurricane Irma on September 7.

It was reported that all but one building went without damage in Hurricane Irma in South Caicos; the island was so devastated that it was declared to be in a State of Emergency by the Governor.  This declaration got the island and islanders some much needed humanitarian assistance.

The Iris Stubbs Primary School has walls and floors, but for the most part no roofs and ceilings.  Irma tore those off, pushed over signs and damaged classrooms which are now rendered inoperable.  As it was at the school, so it is at the homes of the students, teachers and faculty – utter, heartbreaking loss. 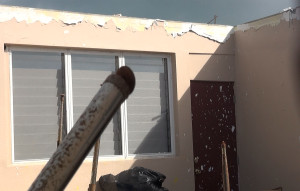 On the school grounds, there is the sound of children playing football, singing Christmas carols, asking curious questions and chatting with their ‘BFFs’; wonderful, refreshing sounds.  However, many would gladly welcome, as an alternative, the racket of noise reconstruction would make.

There are many areas which vex South Caicos natives, despite their gratitude of having survived the killer hurricane.  However, we found the report on the Government owned water tank, disturbing.  The zinc cover is rusty, ripped apart and leaves the stored water exposed to anything and everything.  One resident said there were ‘dead things’ inside the water.  They believe it is unhealthy and polluted. 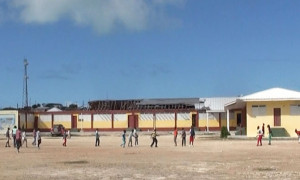 Magnetic Media reached out the Minister of Infrastructure, Housing and Planning for explanation on what is happening in South Caicos and construction to rebuild, generally.  Minister Goldray Ewing, who leads the Public Works Department shared that on Friday, December 15 he expects that the Budget Supplementary to pay for the massive repairs nationwide will be passed in the House of Assembly.  Hon Ewing said, “…after a supplementary is carried to the House to earmark those monies to prioritise the projects, we plan on embarking upon such repairs and clean up.” 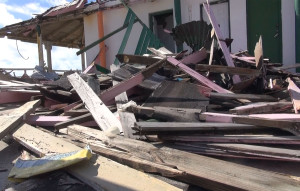 Government has had to re-organise the 2017-2018 Budget projections to ‘free-up’ money he reminded, this means debate in Grand Turk on Friday (Dec 15, 2017) will not only be pivotal, but interesting as we will get a more complete understanding of what this initial work will cost the country on the road to recovery.