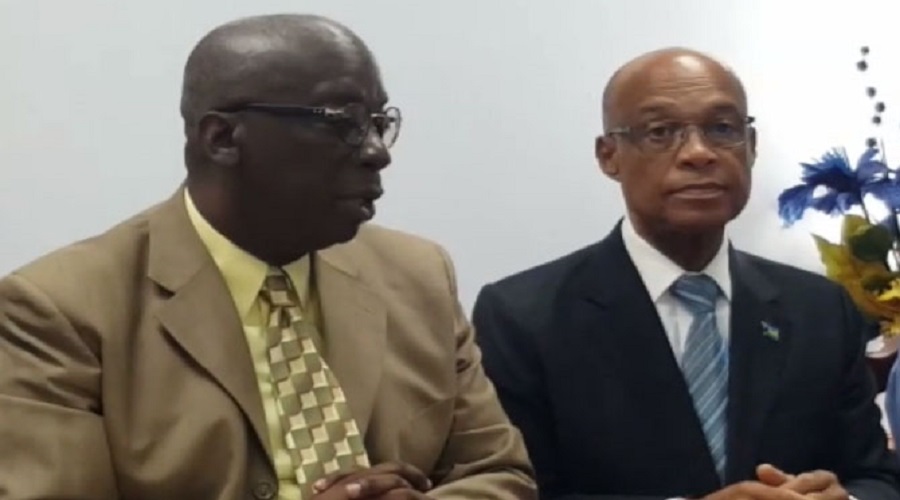 #Barbados, December 6, 2017  – Barbados is a regional leader in its thrust to see pre-schoolers across their country educated and The Bahamas is among those regional nations taking up the offer to come and see first-hand what Barbados does and how they do it, as offered by the Education Minister of Barbados, Ronald Jones.    Education Minister for the Bahamas, Jeffrey Lloyd is currently in Barbados and announced that he is on a fact finding mission to see how he can get the thousands of pre-school aged children in The Bahamas who are not in the classroom, out of the house and into a formal learning center.

“In Washington, DC earlier this summer, Minister Jones extended the invitation to the attendees  of the Inter-American Education Committee who attended that particular conference to come and visit Barbados matured and developed the educational output was for the three year olds in  his country, and he didn’t know how excited I was to hear that.”

Under the leadership of Prime Minister Freundal Stuart,Some 2200 nursery aged children are receiving education through the state’s 11 nursery schools and the nursery units established within 50 primary schools across the island.   In January, PM Rt Hon Stuart said in a news report: “Early Childhood Education is without question the platform for the construction and development of a child’s spiritual, social, emotional and physical attributes.   These building blocks will prepare children for life with its varying and ever changing nuances, particularly in this dynamic and volatile phase in today’s world.”

The sentiments are shared by the FNM Administration and on Tuesday, Minister Lloyd told reporters in Barbados that ‘he believes that the enlightening and encouraging presentation will enable his team back in The Bahamas “to now meet that pretty tall order which we have set for ourselves, but which we know is a necessity in terms of making available to our young people and our Bahamian society the opportunities for a solid foundation in education beginning at the earliest stages in human life, and in our instances it would be the three-year-olds.”

Minister Lloyd is in Barbados for the XX Inter-American Conference of Ministers of Labour but there was time for the Bahamas Education Minister to get receive a presentation and be led on a tour of Erdiston Nursery in St. Michael, Barbados.