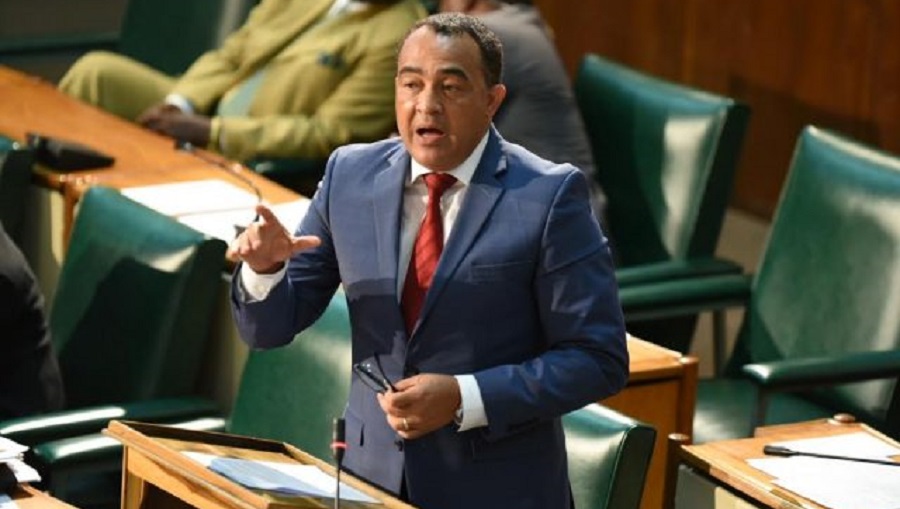 #Jamaica, November 7, 2017 – Kingston – The Ministry of Health will, over the forthcoming months, be heightening its public education programme on the effects of non-communicable diseases (NCDs) as it intensifies efforts to reduce the high incidence of NCDs impacting the populace.

Portfolio Minister, Dr. the Hon. Christopher Tufton, says the campaign aims to promote healthier lifestyles while identifying the ill effects of unhealthy living.   This, he added, resulting from the consumption of products regarded as unhealthy, or containing ingredients so deemed.

“So you are going to see a tobacco campaign that is going to re-emphasise supporting the (no smoking) legislation, and (highlighting) the ill effects of tobacco.   You are (also) going to see a campaign around sugar, also highlighting the ill effects (of excessive consumption),” the Minister further said.   He made the announcement during Friday’s (November 3) National Food Industry Task Force stakeholder consultation meeting at the Bureau of Standards Jamaica (BSJ) head office in Kingston.

Dr. Tufton, who underscored the importance of the proposed engagement, said data obtained by the Ministry showed that NCDs accounted for 70 per cent of all deaths in Jamaican adults in 2010.   These, he said, included cardiovascular disease, cancers and respiratory illnesses.  He noted that unhealthy diet was among the four leading NCD risk factors, with the others being physical inactivity, harmful use of alcohol, and tobacco.

The Minister said nutrition-related factors that directly increase the risk for NCDs include excessive consumption of energy-dense and nutrient-poor foods that are high in added sugar, salt, sodium and fats, adding that the data attribute this to the pervasiveness of these products.   This, he added, is compounded by data indicating that 28 per cent of adults were not engaging in sufficient physical activity.

Dr. Tufton said this has heightened awareness of the need for changes deemed necessary to support healthier lifestyles.   He argued that the spiralling increase in obesity and chronic diseases in Jamaica, coupled with the “rapid and expanding internal and external food trade”, suggests that the implementation of food and nutrition policies locally “must proceed”.

“The focus must be on creating incentives and, in some instances, disincentives, which will allow more healthy foods to be available to Jamaicans,” he added.

Dr. Tufton said while several public- and private-sector entities must be involved in tackling nutrition-related diseases “(it is) food industry (stakeholders)… those who provide us with our daily sustenance… (who) have a crucial role to play”.   He noted that developments over the past decade indicate that the impact of food policy on chronic diseases is “profound and predictable” and, therefore, “requires attention”.

“Whilst decisions on food policy and chronic diseases are located in different Ministries, they are inextricably linked.   The National Food Industry Task Force was set up to assist in bridging that divide with actions aimed at the general population while engaging the key players in the industry,” the Minister stated.

Dr. Tufton said the availability of scientific data in relation to Jamaica’s NCD profile provides the perfect opportunity for all stakeholders to discuss the steps that must be taken to address the prevailing challenges.   Noting that several private entities have already embarked on measures aimed at correcting nutrition-related diseases, Dr. Tufton’s Ministry is committed to supporting these.

“We in the Ministry are going to endorse any move by any company that promotes healthier lifestyles and healthy living.   You may have to adjust the flavour (of your products) a little bit or reduce the sugar a little bit (and in so doing) position yourselves as offering a healthy option, which I believe is well within your capacity, given your creativity and entrepreneurial spirit,” Dr. Tufton added.