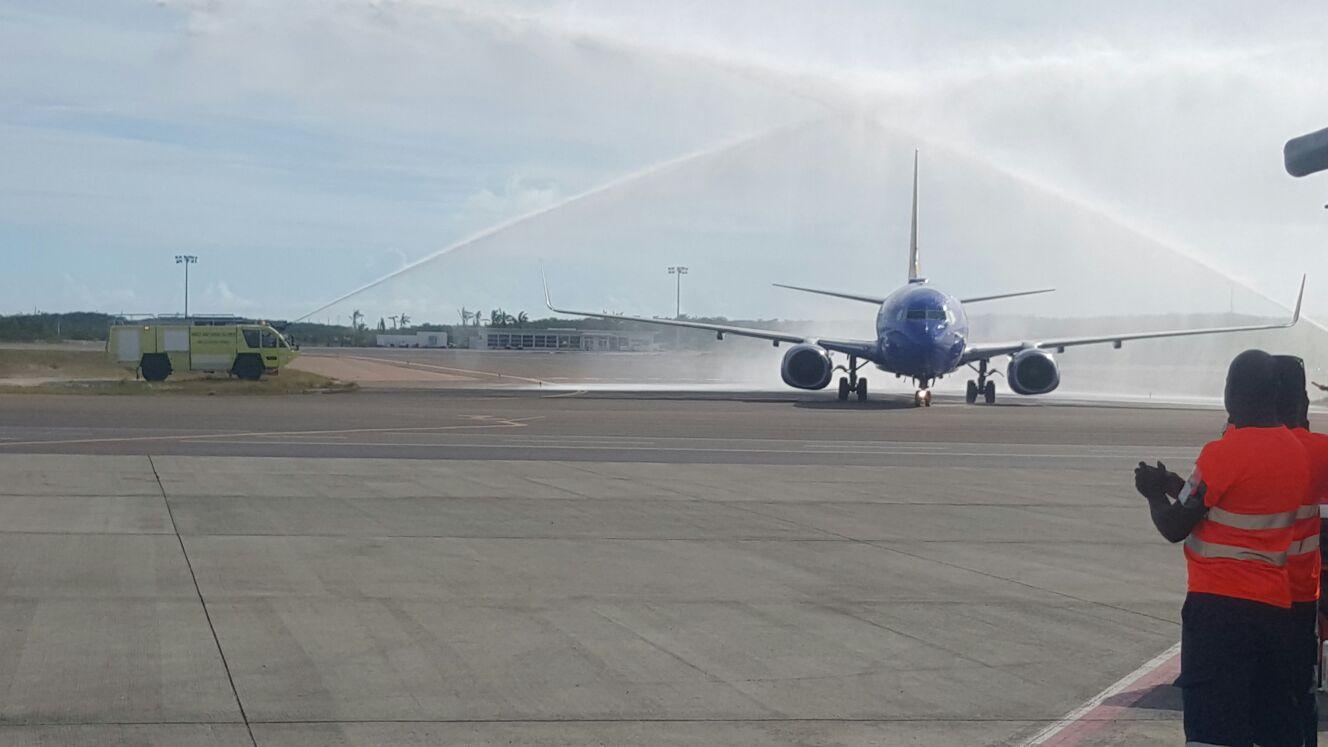 #PROVIDENCIALES, Turks and Caicos Islands – November 6, 2017 –  It could easily be described as the happiest moment for the Turks and Caicos, as a country, since hurricanes Irma and Maria when a #SouthwestAirlines 737 touched down at the #ProvidencialesInternationalAirport on Sunday afternoon for the first time. 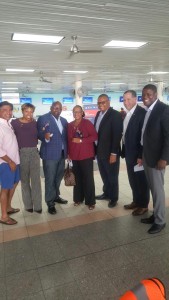 The inaugural flight, with 103 passengers aboard marked a significant milestone and the beginning of a long pursued relationship with America’s biggest airline company.

Underscoring the significance of the freshly forged commute between Ft Lauderdale, Florida and Providenciales, Turks and Caicos were three events to mark the milestone.  A welcome reception held Saturday at #iHeartRadio and #SouthwestSoundstage in Miami, Florida where Turks and Caicos, the #DominicanRepublic and #CostaRica were all welcomed to South Florida and introduced as the three newest Caribbean/Latin America flights for the airline.

A take off press conference held at the gate of flight 618, the Provo gate within the A terminal, a new Southwest Airlines wing of the #FtLauderdaleHollywoodInternationalAirport.  Conch shells, balloons, interviews, photographs, regional and Turks and Caicos media, and brief remarks punctuated the excitement where the first passenger turning in her boarding pass and entering the flight was Premier, Hon #SharleneRobinson – all smiles, all congratulatory and all thankful. 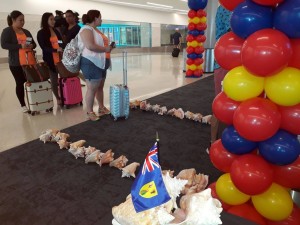 The Premier said Southwest holding to the November 5 start of the flight is a true testament of their commitment and Turks and Caicos’ allure as a destination.  The nation’s leader explained that it would have been understandable had the airline company decided to postponed launch of the route given the seriousness of the September storms, but Southwest is now here and will run daily flights delivering to guests and islanders their no baggage fees and no change fees policies – she called it a happy day for the islands.

Tourism Minister, Hon #RalphHiggs said the pursuit of Southwest started some seven years ago, when the airline was flying limited flights only in the US. More seriously, four years ago significant talks began and the deal was inked and now this leading carrier will broaden the options for travelers into the Turks and Caicos. 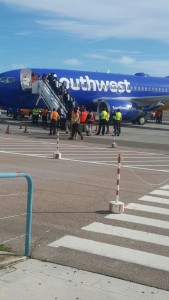 On board, prizes were given away with the help of the Junior Tourism Minister, #ZariahIngham and each passenger has a miniature TCI flag and gift from the tourist board as a keepsake and reminder that they were aboard the very first flight of Southwest airlines to this leading regional destination.

And yes, there was water canon salute for the new Southwest flight as it taxied into the PIA.