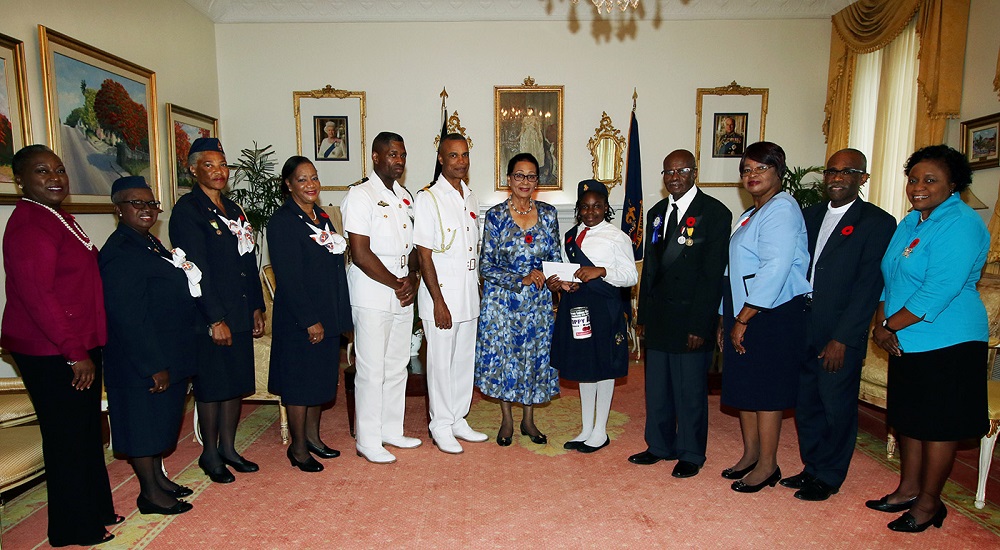 #Bahamas, November 1, 2017 – Nassau – The British Legion – Bahamas Branch called upon Her Excellency Dame Marguerite Pindling and presented her with a Poppy during the launch of the 2017 Poppy Season at Government House on Tuesday, October 31, 2017.