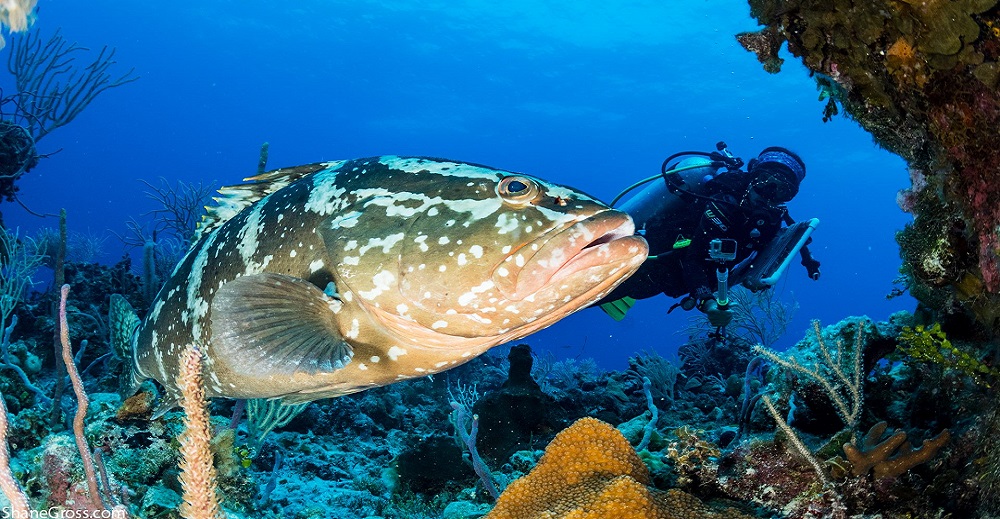 “The Bahamas is one of the few places in the world where the Nassau grouper still survives,” said Waterkeepers Bahamas Executive Director Rashema Ingraham. “The species is on the IUCN Red list because it is critically endangered.   It has been wiped out by overexploitation in far too many places where it was once plentiful and one of the reasons that it survives in The Bahamas despite fishing to satisfy the daily consumption demand is because there is a closed season that allows adult grouper to aggregate, spawn and reproduce.   Without that legislated ‘safe’ time, we could be facing the same outcome resulting from mistakes other countries made and from which they are now trying to recover.”

Ingraham cites Cayman as an example.   In 2016, after suffering a major reduction and near loss of its once prolific Nassau grouper, Cayman enacted sweeping legislation, including a closed season from December through April, limiting the take to five a day per vessel and restricting size to 16” – 24”.   Florida has enacted a total ban of the harvesting of both the Nassau grouper and mammoth grouper, also known as Jewfish.

Ingraham also cites international authorities who have studied Nassau grouper and other marine life in The Bahamas.

“Dr. Craig Dahlgren, a marine ecologist who works with the Perry Institute of Marine Science, said the most recent studies from The Bahamas indicate the abundance of Nassau grouper has declined over the past two decades between 70% and 90% in several historical locations,” said Ingraham.    She added that Dahlgren found only two of six documented spawning aggregation sites in Long Island still active.    And The Bahamas is one of the few remaining places in the world with active aggregate spawning sites.

“In study after study, marine scientists and ecologists are finding the same thing – overfishing is the primary cause of decline of Nassau grouper worldwide, resulting in far more of the threat to survival of the species than natural disasters or marine environmental changes,” she said.

“Nassau grouper is the fish of The Bahamas.   Ask any Bahamian what kind of fish he wants, ask any restaurant what the most popular fish is and the answer will invariably be grouper,” said Ingraham.   “Imagine The Bahamas without Nassau grouper.   That could very well be the case if we do not ensure a suitable closed season is enforced, a breathing space for the species and allow it to reproduce.   Now, with climate change resulting in rising seas and warming sea temperatures threatening the health of coral reefs on which the grouper depends, the species is at even greater risk.”

Ingraham’s comments came on the heels of remarks by the Minister of Agriculture and Marine Resources Renward Wells that the government was considering reducing the period of the closed season that now runs from the first of December through the end of February.   The remarks drew immediate reaction from the Bahamas National Trust and others.

“In December of 2014 when the government instituted a fixed closed season rather than having to debate and set the policy every year, there was a great sigh of relief,” said Joe Darville, Chairman of Save The Bays and Grand Bahama Coastal Waterkeeper.    “Organisations like the Moore Bahamas Foundation and BREEF rushed to thank the government for its foresight when that legislation was passed.   It is hard to believe, in fact I had to read the headlines twice because I thought I must have misunderstood, that the government would now be thinking about moving backward when we were gaining.    Just look at what is happening in the crawfish industry.   Since the Defence Force has been patrolling the more remote southern islands with the Sandy Bottom Project, doing a good job keeping poachers at bay, and with the closed season that is harder to violate because of the stepped up patrols, the fishermen who go after crawfish are saying they are having the best season in years.”

Both Waterkeepers Bahamas and Save The Bays urge government to maintain the current fixed closed season and monitor the Nassau grouper population carefully, ready to act if the season has to be extended.

“The fishermen who are asking for a shorter closed season could soon be asking a different question if we do not give the Nassau grouper a chance to reproduce,” said Darville.   “They could be asking ‘Where did all the fish go?’ Let us not be greedy now and sorry later.”