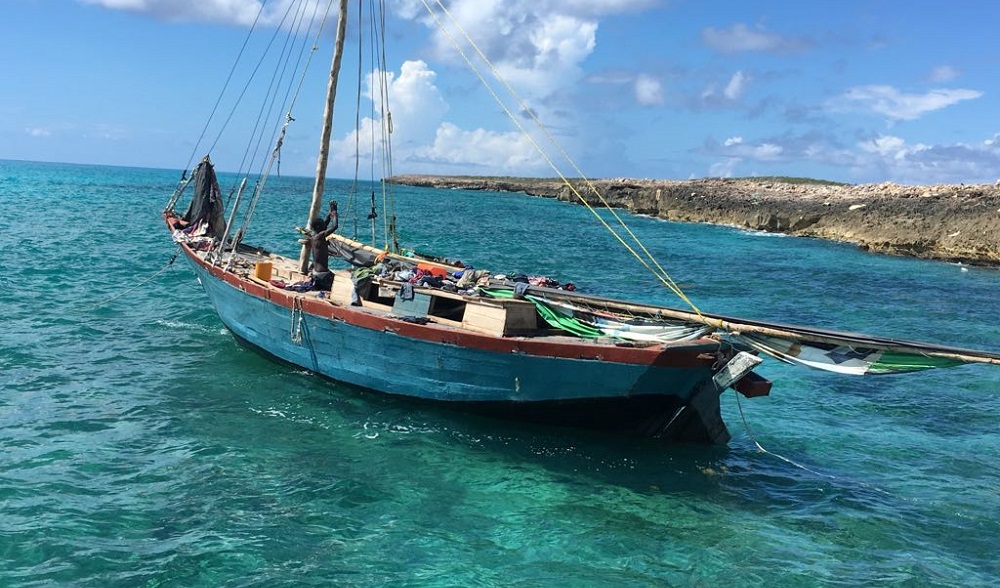 #TurksandCaicos, October 11, 2017 – Providenciales – The Department of Immigration in the Ministry of Border Control and Employment, following reports of a possible landing of illegal migrants, can confirm that more than 150 men, women and children of Haitian nationality, were found in and around the waters and island of West Caicos.

The Task Force in the Department of Immigration, along with Police Officials, responded to reports received mid-morning, and while details remain sketchy, as a result some 81 persons have been apprehended and ferried to Providenciales for processing and what is estimated to be possibly some further 80+ persons are still on West Caicos awaiting transportation to the processing unit in Providenciales.

The Department of Immigration in the Ministry of Border Control and Employment again reminds the public that harboring illegal migrants is a crime and such persons can now face a fine of $20,000 on summary conviction or to a term of imprisonment of four years, or to both.   In addition, persons acquiring status other than by birth that are convicted of such an offense, face the possibility of having their status in the Islands revoked, thereby making them liable to deportation.

The migrants of this latest incident will be processed for repatriation to their native home, the Republic of Haiti.