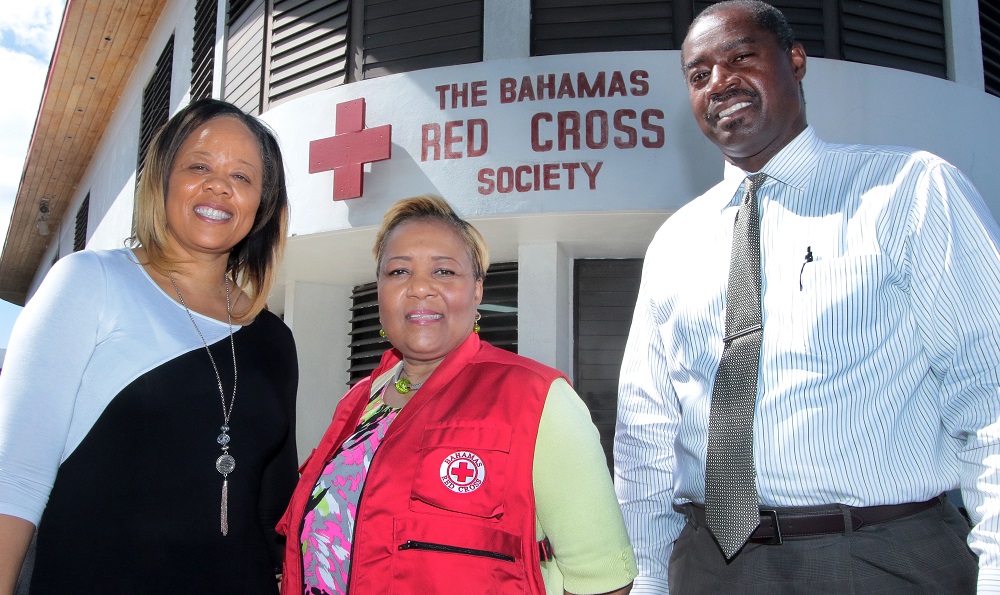 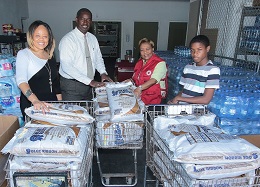 Under the direction of NEMA’s (National Emergency Management Agency) Director, Captain Stephen Russell, the donation was presented at the Bahamas Red Cross on John F. Kennedy Drive on Thursday, October 26, 2017.   The generous donation will be distributed in care packages and shipped to the recent hurricane victims throughout The Bahamas.

Soul Outreach is a subsidiary of Truth Outreach International Ministries in Tampa, Florida. Pastor Sherry Major, a Bahamian from Bain Town, New Providence, has made mission trips to her hometown every year in October for the past 12 years to donate 200 bags of groceries to the residents of Bain Town.  This year she wanted to not only assist those in Bain Town, but also those affected by Hurricane Irma on the Family Islands.

Pastor Sherry Major approached NEMA at which time Captain Stephen Russell directed her to the Bahamas Red Cross, where food items are better suited to go for distribution.