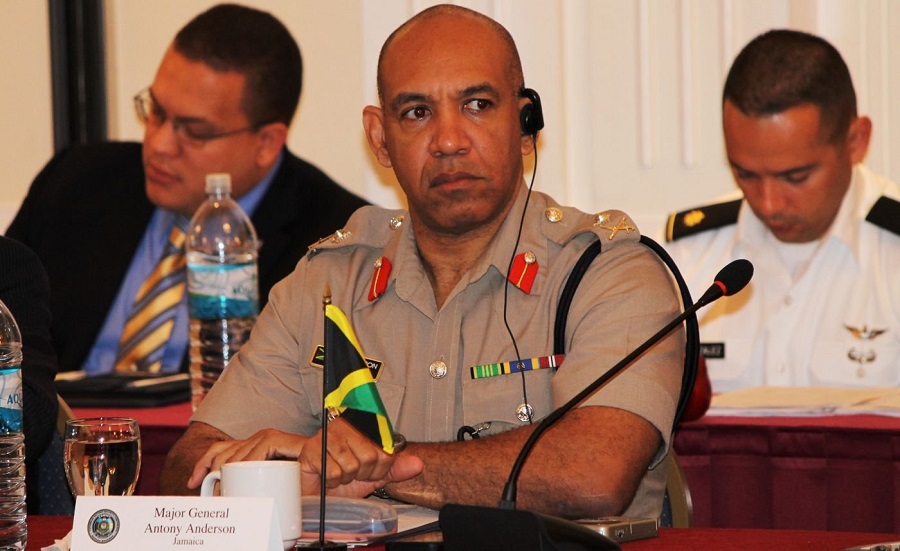 The other members include retired Puisne Judge, Justice Marva McIntosh; retired Senior Superintendent of Police and former Police Attaché at the Jamaican High Commission in the United Kingdom, Albert E. Edwards; retired Civil Servant and former Head of the Witness Protection Programme, Ena Rose; and Banker, Aneacia Neita.  Their appointments, which will span three-years, become effective on October 24, consequent on their names being gazetted.

Mr. Montague told journalists on Friday that the FLA has been mandated to audit all uncollected weapons at police stations and those in storage at the agency, noting that this exercise has, to date, yielded more than 2,500 firearms.   He said 500 of those firearms will shortly be turned over to the Jamaica Defence Force (JDF) for destruction.

Additionally, the Minister said tracing of more than seven million rounds of ammunition imported into the island is being undertaken as part of efforts to strengthen the accountability mechanism, adding that this exercise will be completed by the new FLA board.

Mr. Montague indicated that he has also insisted on the implementation of the literacy test and firearms examination.

“Going forward, if you are applying for a firearm licence, we need to know that you are literate and we also need to know you understand the safe handling of a firearm,” he explained.

Additionally, he said the new Board is expected to complete the process of digitizing records being kept at the FLA.   Mr. Montague informed that since his Ministerial appointment, several initiatives have been undertaken at the agency, including the recently installed fingerprint reading machine.

He noted that the machine’s introduction will go a far way in assisting the FLA to obtain and keep records of genuine fingerprints.   In relation to new initiatives being pursued at the Authority, Mr. Montague informed that all senior employees will undergo a polygraph test.

“The FLA holds very sensitive information, and we have to be confident as part of the national security infrastructure.   It is also encoded in the National Security Policy that we have worked on, that people dealing with sensitive information must be properly vetted,” he stated.

Meanwhile, Major General Anderson informed that the first order of business for the Board will be an update provided by Chief Executive Officer (CEO), Shane Dalling, on current developments and matters that need to be addressed.

“We expect that within a relatively short time, we will be clear on the direction and path, and implementable steps,” he said.

For his part, Mr. Dalling said he and the Board “will do our best to restore public trust in the FLA”.