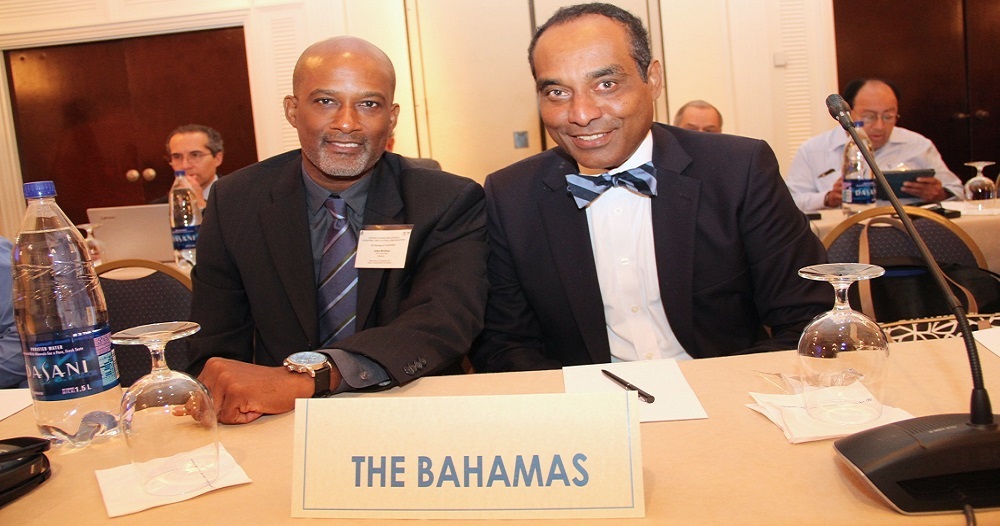 Mr. Bowleg, The Bahamas’ International Hydrological Programme (IHP) Focal Point representative, made a presentation on Groundwater Resources Assessment under the Pressures of Humanity and Climate Change (GRAPHIC) at the September 18-21, 2017 United Nations Educational, Scientific and Cultural Organization International Hydrological Programme and Meeting of National Committees and Focal Points at the British Colonial Hilton.

Mr. Bowleg, explained that the UNESCO GRAPHIC concept is the effective use of the water resources of The Bahamas for the provision/production of energy, energy efficient cooling of buildings and production of freshwater by SWRO.

“OTEC is a sustainable application that has been explored — using the temperature differential of the cooler deep and warmer surface seawater to run a heat engine.  SWRO, a costly alternative, has been used to address concerns for the availability of freshwater resources in The Bahamas.    SDC has been utilized to lessen the required energy consumption of cooling large structures.

“Both water supply and energy demand are constraints of achieving sustained economic growth throughout the islands of The Bahamas.   The presentation is geared to promote research towards The Bahamas further exploring combined SDC/SWRO/ OTEC for sustainable development, climate adaptation, and climate change mitigation,” he said.

Minister of the Environment and Housing, the Hon. Romauld Ferreira is pictured (right) with The Bahamas’ UNESCO International Hydrological Programme representative, John Bowleg at the opening session of the 12th UNESCO Meeting at the British Colonial Hilton in September.  (Photo/Mike Swann, Water and Sewerage Corporation)