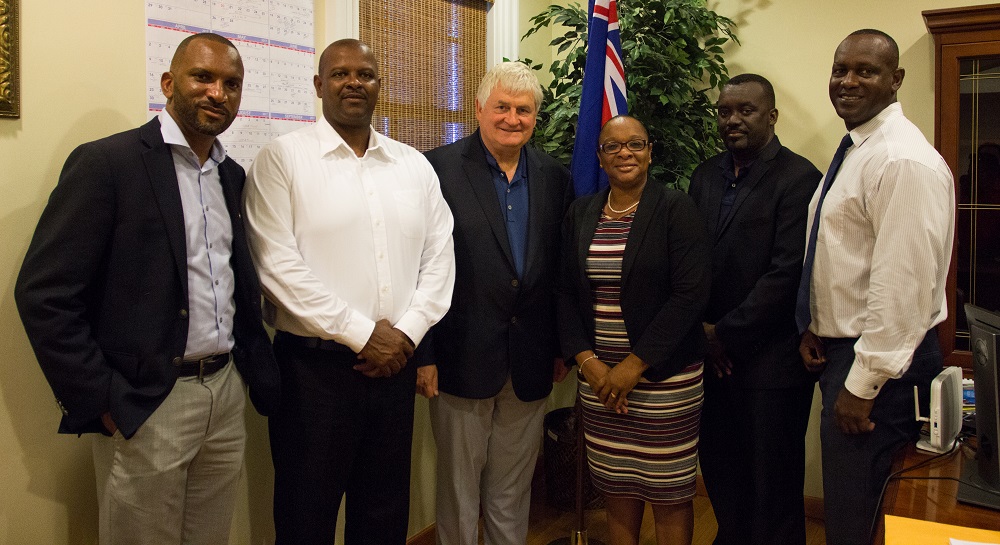 #TurksandCaicos, October 6, 2017 – Providenciales – Digicel’s Chairman, Denis O’Brien, visited the Turks and Caicos Islands (TCI) on Tuesday, October 3rd, to get a first-hand account of the impact of the recent hurricanes on the cluster of Islands.

Mr. O’Brien’s trip also incorporated a meeting with the hard-working Digicel technical team in Providenciales and Grand Turk.   “I am very impressed with the hard work and dedication that the team displayed in such a difficult time.   It shows in the rapid recovery that I’ve seen here today only two weeks after Hurricane Maria impacted The Turks and Caicos Islands.   I can assure you Digicel will continue to be a pillar of strength in the community as the resilient TCI team continues recovery efforts,” Mr. O’Brien stated.

Digicel was the first mobile provider to restore 3G services in Grand Turk, a feat that according to Stephen Murad, Digicel TCI’s Chief Commercial Officer was a tremendous one for Digicel, he added, “Knowing that we were able to connect people in a desperate time of need brought us the greatest satisfaction.   Our customers have been patient and understanding and we will continue to honour their commitment to us by working to restore the network fully.”

“Full restoration will take more time in some places.   We will be continuously updating our customers as we complete key areas of our TV and Broadband Network” said Addison Stoddard, Chief Technical Officer.