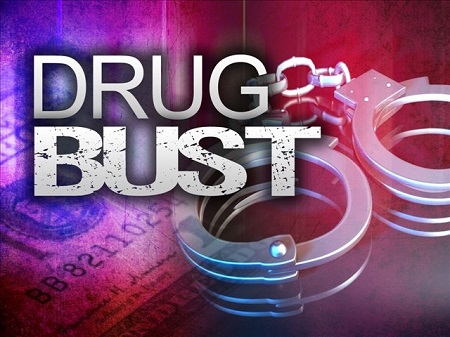 Bahamas, September 5th, 2017 – Bimini – Two male suspects ages 31 and 39 from Bimini are now in police custody after being arrested on Friday 1st September, in connection with a major drug bust.

Just three weeks after the Royal Bahamas Police Force made a $3.2million drug bust in Andros, Grand Bahama Drug Enforcement Unit (DEU) officers and officers of the Bimini division intercepted a 26ft aqua and white Contender vessel in waters near Alice Town and discovered 157 kilos of cocaine with a street value of $2.3 million.

Assistant Superintendent of Police, Terecita Pinder explained that officers were acting on information received, and during a search, were able to recover two white coolers and two backpacks stacked with packages of the cocaine in the vessel. The bust was made around 7am.

Subsequently, the two suspects on board were arrested and taken to the Alice town police station, and will be arraigned before Magistrates Court in New Providence this week.