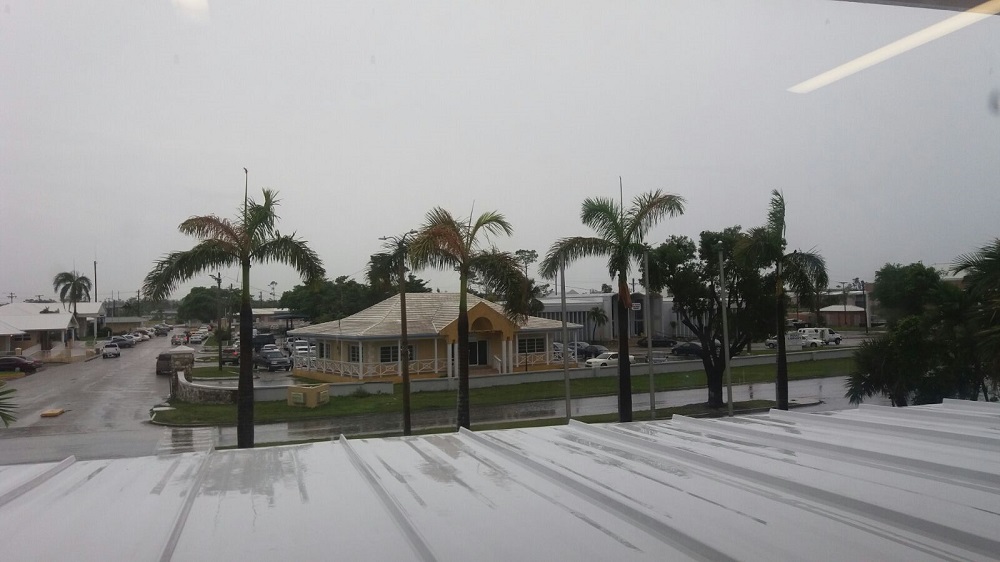 Bahamas, August 1, 2017 – Grand Bahama – Heavy downpours for Abaco, Bimini and Grand Bahama as the remnants of Tropical Storm Emily create, what is being called a rain event for the islands which are both water logged and storm weary.   During a press conference yesterday, Minister for Grand Bahama, Kwasi Thompson said officials are watching the system which developed on Monday morning and are ready to activate anything needed to keep the public and property safe.

Remnants of Emily are moving ENE at 12mph with 30mph winds, and so the storm did downgrade as forecast.   Yesterday, we inadvertently said there would be 18 inches of rain. Rainfall will actually be between three quarters of an inch to four inches for the Bahama islands in the feeder bands of this disintegrating system.  We apologize for the error.

Kirk James of The Bahamas Department of Meteorology warned though that the rain expected is cause for concern.   A regular monthly meeting of the Disaster Consultative Committee was held yesterday in Grand Bahama which included Social Services, which oversees the Shelters and Grand Bahama Health Services, which was prepared to dispatch an emergency team to West Grand Bahama, in the event of flooding of the Fishing Hole Road.  Ministry of Tourism, Ministry of Works and the Rotary Water Relief Plant were all put on standby.

Tammi Mitchell, Co Chair of that Committee told Magnetic Media that, “it is important to conduct these meetings not just when there is a threat but year round so that the Committee remains a functioning team and can address any areas of concern.”  Rainy conditions and flood warnings continue into Wednesday for Grand Bahama.