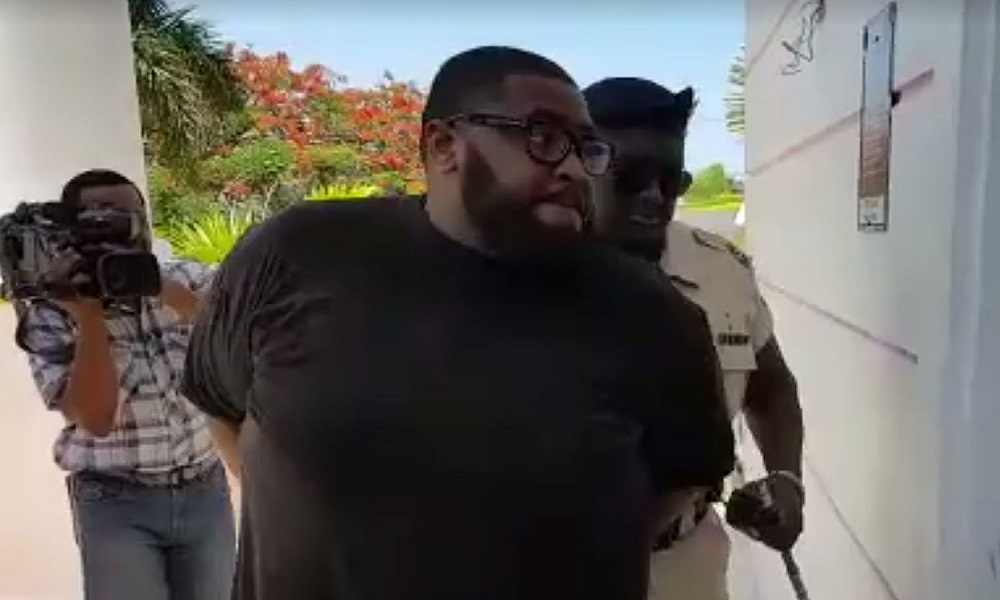 #Bahamas, August 19, 2017 – Nassau – Twenty two counts of crime were leveled against a former Ministry of Finance staffer who is alleged to have stolen nearly half a million dollars from the public purse in a matter of months.    #JamesJohnson is a tender 27 years old, but his alleged crime is epic and it is said he was not alone in the effort to swindle so much money from the Bahamian people.

Johnson was unceremoniously taken, handcuffed at the front in a black t-shirt and dark pants into court, where Magistrate Joyann-Ferguson Pratt heard the matter and then remanded him to prison with a next court appearance date of November 17.    Johnson is accused of stealing $445,966.42 between December 2016 and April 2017; and then it is said that he allegedly tried to take another $41,115.