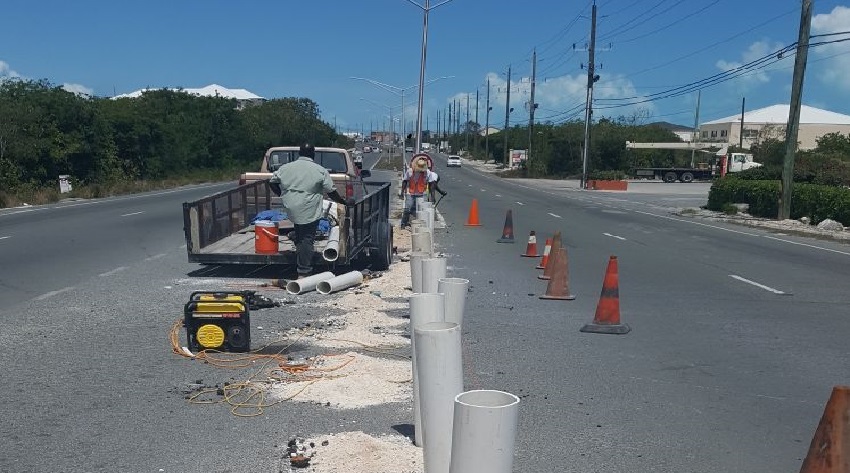 Turks and Caicos, July 3, 2017 – Providenciales – A crackdown on squatting is already started… a decision has been made to change the type of material used for the roundabouts in Provo… ten roads across the country will be paved, complete with black top and numerous others will be graded.

In our special report, featuring projects to come from the Ministry of Housing, Infrastructure and Planning, Magnetic Media highlights recent comments made by Hon Goldray Ewing as he gave the nation an update.

Squatting is a long standing problem and the new PDM Administration through its Minister said the Planning Department is already empowered to deal with squatters or anyone building illegally in the Turks and Caicos.

“There will be legislation, planning legislation come to the House, some amendments that will give planning more teeth to deal with the squatting problem up front.”

It is a problem rampant throughout the islands and often, work permit holders are doing it… now, employers are put on notice because the Minister said the law outlines that they are supposed to provide housing for staff – no worker should be forced to have to build their own dwelling.

“If we find where these people are on work permit, and we need to know who are their employers, pressure will be turned up on their employer to find accommodation for them.”

Low cost housing is planned as an option by Government, as the crackdown is less about making people homeless and more about regulating for quality constructions.

“We will be on the ground just about every week doing spot checks throughout the islands.  Some exercises carried out by Planning Department as far as checking on people who are building without permission and approval by planning and we intend to step up our game in that area to make sure people in this country abide by planning laws and regulations.”

Later today, we feature what Minister Goldray Ewing had to say about road works; if the plan goes as he rolled out to media – Blue Hills could be breathing a sigh of relief by the start of the new school year.