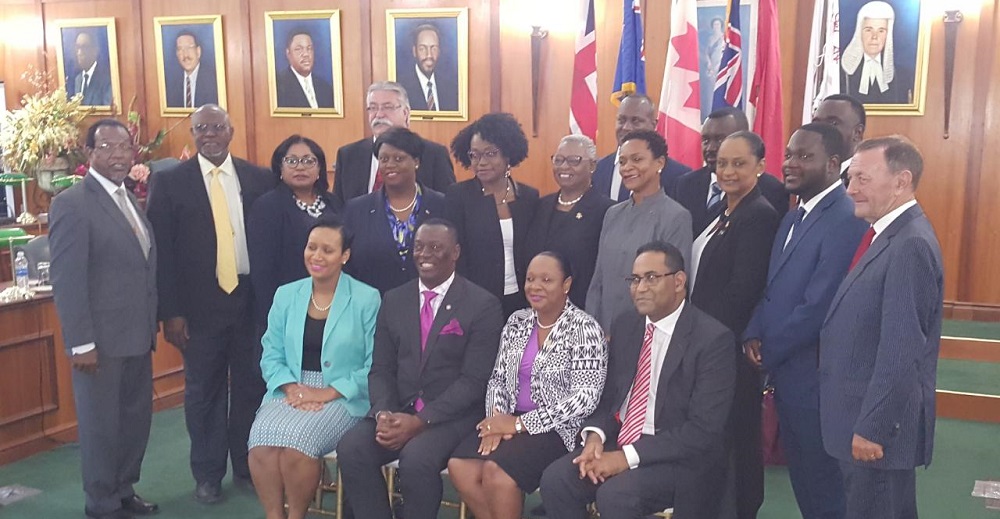 Turks and Caicos, June 8, 2017 – Grand Turk – At the Opening of a two day Commonwealth Parliamentary Association seminar in Grand Turk, special guest from London and Secretary General of the CPA, Akbar Khan commended the Turks and Caicos for the recent General Election and for its showing of women in Parliament.

Mr. Khan called the feat for the TCI, which this past polling season elected for the first time a woman to serve as Premier in the person of Hon Sharlene Robinson, inspirational.

With 40% of its parliamentarians being women, the Turks and Caicos is a stand out democracy and the Secretary General highlighted that wider gender equality often equates to more efficient strides.  The Turks and Caicos, with 81% voter turn-out at the December 16 polls, has doubled the average of CPA parliaments female make up and contributes to the 9,000 female parliamentarians globally among Commonwealth countries.

Presenters at the Post Election Seminar, being held at the House of Assembly include House Speakers and Clerk from Monsterrat, Trinidad and Tobago and Canada.

It is hosted by our own Speaker of the House of Assembly, Hon Dwayne Taylor, who is also president of the Turks and Caicos branch of the CPA.