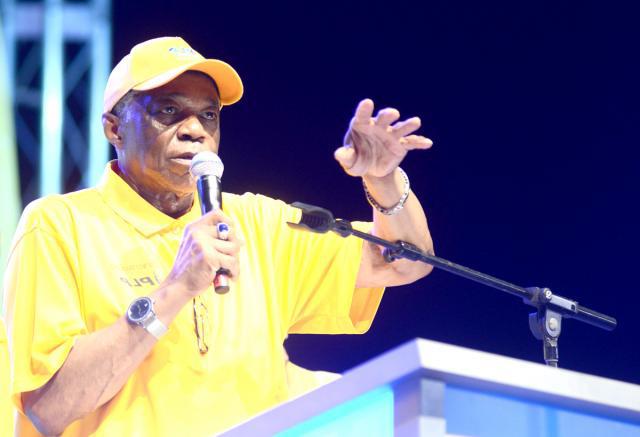 Bahamas, June 22nd 2017 – Nassau – Former National Security Minister, Dr. Bernard Nottage remains warded in the ICU department of Doctors Hospital with no signs of improvement. Despite rumours circulating in the media yesterday that Dr. Nottage had passed away, he is alive though  “gravely ill” according to a press released issued by the People’s National Movement.

Commissioner of Police, Ellison Greenslade, Former Minister of Health, Dr. Roland Knowles, as well as Former Attorney General, Allyson Maynard-Gibson, were among those visiting Dr. Nottage at the hospital yesterday. Not present however was Former Prime Minister Perry Christie, who would have been aware of Dr. Nottage’s health concern months before, since members of the public became concerned when Dr. Nottage had to seek medical attention after not being able to complete a speech at a PLP rally on April 27th 2017. Dr. Nottage appeared incoherent while giving his speech and was said to have been suffering from dehydration. However, rumors began circulating that the longstanding PLP member was suffering more serious health issues.

Though it is unclear what he was admitted to the hospital for this time, the 71-year-old politician has been described as “low”. However, his family is asking “respect for the family’s privacy at this time.”

Dr. Bernard Nottage lost his Bains and Grants Town seat in the May 10th election to Travis Robinson, one of the youngest candidates to run for office.