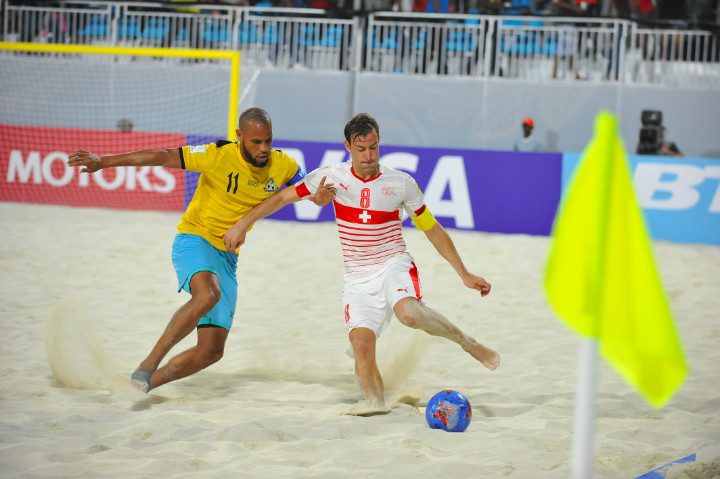 Scene from the Bahmas vs Switzerland match at the FIFA Beach Soccer World Cup.

Nassau, Bahamas May 1, 2017 The Bahamas made it’s debut as hosts of and participants in the 9th FIFA Beach Soccer World Cup on Thursday.

The competition is taking place at the National Beach Soccer Arena in Malcolm Park and ends May 7. Sixteen nations are competing for the championship with Italy, Senegal, and Switzerland being the first three countries to make it to the quarterfinals after gaining victories on Saturday.

The Bahamas lost to Switzerland 2-3 and have one more qualifying game against Ecuador on Monday. The other competing nations are Brazil, Iran, Japan, Mexico, Nigeria, Panama, Paraguay, Poland, Portugal, Tahiti and the United Arab Emirates.

This is the first FIFA event of this nature to be held in the Caribbean and the CONCACAF region. The 2015 cup was held in Portugal when the hosts also took home the trophy.