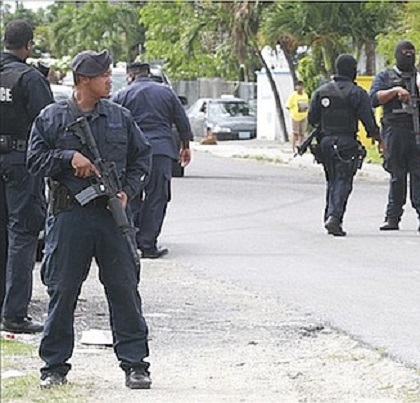 Nassau, Bahamas, February 11, 2017 -The Bahamas murder count soars to 23 after a ‘young’ teenaged boy was murdered Friday night in a targeted attack and two men were killed last night in a shooting spree.  Both incidents happened in Nassau.  The teen boy was gunned down on Dale Park in Peardale around 7:30pm. A lone gunman is said to have killed the child.

Police are asking that Parents better supervise their children.  The murders last night were spawned from a fight that turned into a gun fight.  One man was struck with bullet as he was trying to leave in his car, that man died on the scene.  Another man died at hospital from his gunshot wound(s).

A manhunt is on now for those behind the shooting at a night club on Lewis and East Streets.  One statistic says the murder rate is up 87% for The Bahamas.