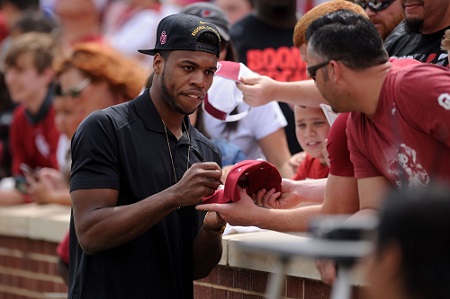 Grand Bahama, Bahamas, February 20, 2017 – From a Pelican, to a King… Buddy Heild of Eight Mile Rock, Grand Bahama is to be traded by the New Orleans Pelicans and it may mean less game time for the collegiate stand out and NBA player.

One report says the crowded frontbench of the Sacramento Kings means Buddy starts at the back and adds that it will be interesting to see how young Heild is utilized.  The rookie guard is currently averaging 8.6 points and 2.9 rebounds on the season.

Bleacher Report says  the trade also includes, “Tyreke Evans, Langston Galloway and its (the Pellicans) 2017 first-round and second-round pick to Sacramento in exchange for Cousins and Omri Casspi.”   It is also said that the deal is not yet final.