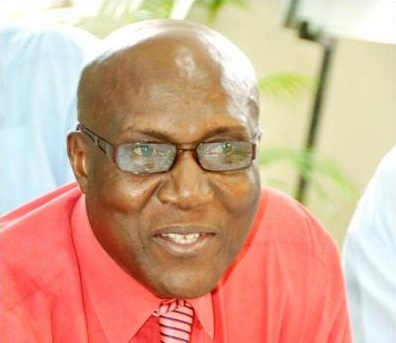 Mr. Thompson says despite Jamaica not experiencing extreme drought conditions this year, as prevailed in 2015 resulting in hiked food prices due to reduced outputs, the Government is endeavoring to be proactive in safeguarding the nation’s food supply.  This, he adds, due to the unpredictable nature of climate change.  Mr. Thompson reports that phases one and two of the project, undertaken in 2014 and 2015, respectively, have positively impacted nearly 1,160 farmers in 13 communities in St. Catherine, St. Thomas, Trelawny, Manchester and South St. Elizabeth.

The farmers were provided with irrigation lines, drip kits, 1,000-gallon water storage tanks and harvesting implements.  They were also exposed to innovative farming techniques, food safety practices, business management, record keeping and marketing strategies.   The beneficiaries, who are members of the National Irrigation Commission (NIC) Limited Water Users Association, were provided with water from NIC pumping stations, such as the facility in New Forest, Manchester, and guided on efficient irrigation methodologies.

Phase three will benefit 690 farmers in the South St. Elizabeth communities of Tryall, Red Bank, Ballards Valley, Essex Valley, Flagaman and Top Hill, where the fustigation technique was introduced to increase outputs.  Fertigation is the injection of fertilizers, soil additives and other water-soluble inputs into an irrigation system.  This is then applied directly to the plant root for optimal delivery of nutrients.

“The farmers used to apply the fertilizer on the surface of the soil which, often, the nitrogenic factor in the fertilizer is volatilized by sunlight. Now, they are able to apply liquid fertilizer through the drip lines. So now they can reduce the cost of production, because they are better able to utilize fertilizers using fertigation,” he further states.

Drip irrigation, Mr. Thompson contends, has significantly increased crop yields where utilized.  “We have found that, overall, our farmers in South St. Elizabeth (in particular) have been able to achieve up to (a) 60 per cent increase,” he says.  “With climate change, no one can predict when we are going to have drought, heavy rainfall or flooding. By providing the farmers with drip irrigation equipment during the dry season, they are better able to plan their production so we don’t have any shortages. (As a result) we (hope to) have a consistent supply of produce (from here, onwards),” he adds.

Among the crops grown in St. Elizabeth are tomato, sweet pepper, scallion, thyme, watermelon, cantaloupe and honeydew melon, as well as pumpkin, hot pepper, broccoli and cauliflower.  Mr. Thompson points out that a key advantage of drip irrigation is that farmers now have greater control of production.  “We can mitigate the effects of climate change, especially when we are going through a dry spell. We are actually changing the way in which farmers (cultivate),” he says.

The drip irrigation project is also being carried out in the agro park communities of Colbeck, St. Catherine; Plantain Garden River, St. Thomas; and Braco, Trelawny, as part of the Government’s Onion Production Project targeting produce for the domestic market.

The REDI project is being implemented with World Bank funding support totaling US$15 million, with additional financing of US$2.5 million from the Government and through community contributions.  The project, which started in 2010 and ends in July 2017, aims to improve market access for micro and small-scale rural agricultural producers, as well as tourism product and service providers, through grants to support infrastructural development. 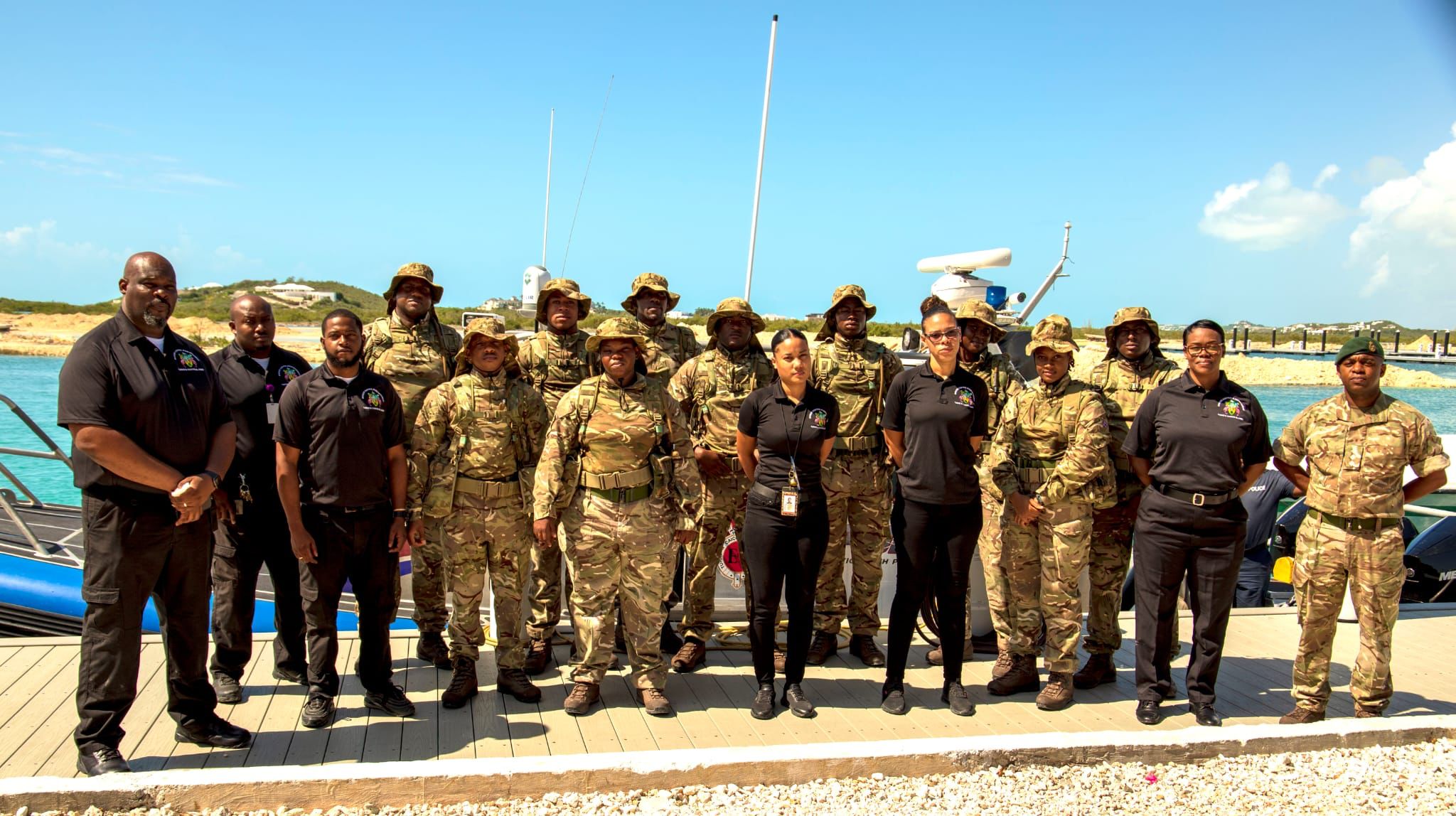 #TurksandCaicos, October 22, 2021 – Law enforcement officers from across the Turks and Caicos Islands have been active together across Providenciales again this week, targeting unlawful migrants. Joint teams of Officers from Immigration Enforcement Unit and Intelligence and Forgery Units and the Royal Turks and Caicos Islands Police Force have undertaken intelligence-led road checks and operations to businesses across the island. 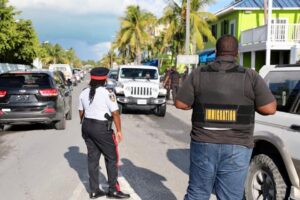 The Marines, who were supported by Officers from Royal Turks and Caicos Islands Police Force, conducted surveillance and checking of persons and vehicles in the area.

The multi-agency activity has been coordinated and overseen by Immigration Compliance and Enforcement Unit Manager Tito Forbes, who said, “This is not a one-off exercise. Tackling illegal migration is a key priority across all agencies and joint operations are repeated regularly.  The public will see Officers out in their communities frequently and we are grateful for their cooperation”.

The Minister of Immigration and Border Services, Hon. Arlington Musgrove, said, “We know the community is 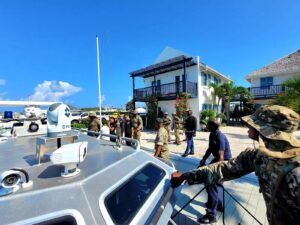 concerned about the threat of illegal migration, so this should reassure residents that this is something we take extremely seriously.  Unlawful migrants should take note – agencies across TCI are out patrolling our communities. I repeat that If you should not be in TCI you should leave, or risk being detained and repatriated”.

The Acting Governor, H.E. Anya Williams added, “As we continue to focus on National Security as one of our strategic priorities, we are implementing a joined up approach across government between our Joint Law Enforcement Agencies:  the Police, Immigration and the TCI Regiment to ensure that our borders are protected and that illegal migration is addressed both off and onshore by carrying out various enforcement activities at businesses and in the community.  I commend our officers on the work that they are doing and wish them much success as we strive to improve and further expand our law enforcement activities.”

Businesses are reminded that employing an illegal worker is a criminal offence, punishable by a fine of up to $10,000 or to a term of imprisonment of two years, or both.  Members of the public with information about illegal migration or illegal working are encouraged to contact CrimeStoppers, which can be done completely anonymously, on 1-800-8477.

#TurksandCaicos, October 22, 2021 – After twenty-one months, the Grand Turk Cruise Center will receive cruise ships at its facility starting in early December 2021, which is welcomed news to the inhabitants of the island of Grand Turk who have experienced prolonged economic inactivity in the cruise sector, which employs some 30% of the resident population and supports small businesses and entrepreneurs.

Additionally, the Government of the Turks and Caicos, under the leadership of the Honourable Premier C. Washington Misick, on Wednesday, 13th October 2021 signed an agreement with Carnival Corporation, highlighted by a $25 million new investment in the Grand Turk Cruise Center. This investment will include the extension of the dock facility to accommodate larger ships and improvements to the reception facilities.

The Government – being acutely aware of the plight of taxi and ground transportation operators, shore excursions,  restaurants and bars, local craft and souvenir shops, jewelers and many more businesses, all of whom benefit from the cruise sector either directly or indirectly – expressed its commitment to prepare the sector for an imminent reopening. This agreement, including the investment in the cruise center, follows the Government’s efforts to accelerate negotiations that began when Hon. Premier Misick came into office in February 2021, at a time that marked approximately one year since the pause of cruise tourism arrivals to Grand Turk.

Since the advent of the Covid-19 pandemic, many economies of the world have been thrown into a state of flux as forced lockdowns saw economies dwindle.  Among the many sectors, the travel industry worldwide and the cruise tourism industry more specifically were disproportionately affected.  However, with wider acceptance of a vaccine, the cruise industry foresees a rebound of the sector. 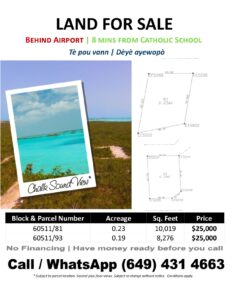 The cruise sector is the private sector’s lifeblood of Grand Turk. It is estimated that in March 2020 when the cruise port closed, over 1,450 persons were employed in cruise tourism with employee wage income totaling over $26.8 million per annum. The sector was on a growth trajectory with direct cruise tourism expenditure expected to surpass $86.5 million and estimated passenger and crew arrivals to Grand Turk expecting to exceed 1.2 million annually.

The halt of the sector was a major negative economic impact for Turks and Caicos, and news of the reopening is a significant positive development to aid the recovery of tourism and the larger economy.  As the cruise industry resumes operations in Grand Turk, the Government of Turks and Caicos is focused on working with the community to deliver an exceptional overall experience for cruise guests, and ensure the safety and security of both visitors and residents in Grand Turk.

“As part of our overall restart efforts, we are very excited to be returning to Turks and Caicos later this year, and to once again be able to treat our guests to the beauty and wonder surrounding our home in Grand Turk,” said Arnold Donald, CEO of Carnival Corporation. “We continue to be grateful for our long-standing partnership with Turks and Caicos, and look forward to working together on the expansion of the Grand Turk Cruise Center, which will bring more guests to one of our most popular destinations while providing ongoing positive economic impact to the people of Turks and Caicos and the communities in which they live.”

Hon. Premier Misick added: “As a community, we welcome the long-awaited resumption of cruising in Turks and Caicos, and we are delighted to be working closely with Carnival Corporation to continue to invest in the future of the Grand Turk Cruise Center. We look forward to long-lasting strategic alliances and joint initiatives with partners that will foster the economic growth of the Turks and Caicos Islands, creating opportunities for households across the country, making it possible for individual workers and entrepreneurs to earn more, and to achieve a higher standard of living and where businesses thrive and grow.”

Puerto Rio Haino is a very successful twenty (20) years old port concession that facilitates global trade with the Dominican Republic. HIT is very keen to share its experience with ports in the Caribbean through port operations, collaboration and trade development, capitalizing on its comparative advantage and scale.

HIT’s strategic objectives are consistent with the government’s desire to transform the TCI’s ports and diversify trade to reduce the cost of living and doing business in the TCI. 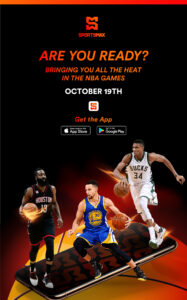 Reflecting on the outcomes of the meetings with HIT, Hon. Musgrove said “I am pleased with the outcome of the various meetings with the team from the HIT. The information received will undoubtedly add value to the TCI’s position in the wake of our Ports redevelopment project, and plans by my Government to diversify our Trade Sector. We are grateful to have been accommodated and anticipate fostering of an ongoing relationship of mutual exchange of information, best practices and assistance.”

Hon Morris added, “I am grateful for the opportunity to have accompanied the Minister to these meetings and particularly realizing the relevance of the Ports redevelopment and its importance in cross Border Trade, and I am eager to be a part of the decisions to positively impact the lives of our people.”

Ports Authority Chairman Francis elaborated “I am thankful to both Hon. Musgrove and Hon. Morris for the opportunity to participate in these meetings. The knowledge will be helpful not only in our redevelopment project but also in our Port Security and Safety enhancement plans, and our capacity building initiatives among staff.”

Areas discussed during the visit to HIT included: staff development in areas such as port security and safety, port container scanner, port digitalization and customs single window, port certification and adoption of global standards, port dredging and environmental issues and trade development opportunities focusing on developing new source markets for the TCI to take advantage of the manufacturing sector in the Dominican Republic and its global trade volumes and links which could drive down freight rates.

Hon. Musgrove observed that the discussions during the visit highlighted a number of areas for possible collaboration between the HIT and the TCI. He proposed the formation of a Joint Working Group of officials from the TCI and HIT to prioritize areas for collaboration and develop a work plan to appraise these opportunities.

The visit also afforded the TCI delegation the opportunity to observe the operations of Puerto Rio Haino.