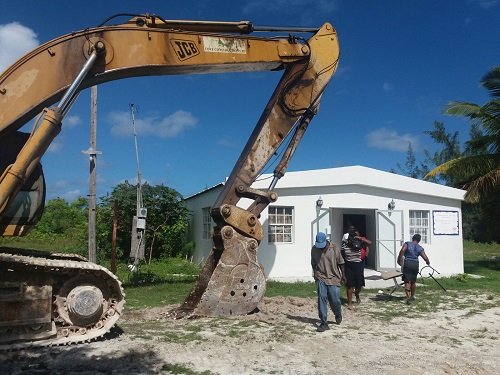 rovidenciales, TCI, November 3, 2016 – Church saved from demolition in the Bight as purported owners cancelled the levelling of the First Pentecostal Church of God.

Bishop Collen Delancey says he is hurt, and went into his 20 year old structure to pray for divine intervention and apparently got it.  There is outrage at the idea that a developer would bulldoze a church and even now Bight residents are debating the audacity of the move.  People were actually in prayer meeting at First Pentecostal Church of God at the time the bulldoze was supposed to happen. 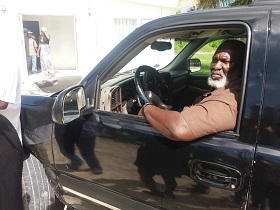 Member of Parliament, Porsha Smith was on the scene and other political and church leaders have congregated too.  All trying to ascertain what is going on.  PDA Candidate and brother of Bishop Delancey, Dozzle Delancy called it “skullduggery.”

The problem stems from the PDMs time in office says the Bishop; they failed to give him freehold title.  When the PNP became government, they too failed to  give him freehold title he says.  Now the property is sold, reportedly by the bank to a financial services business owner who wants the prime real estate which sits adjacent Jericho Baptist Church to be cleared.

For now there is no power; Fortis TCI had removed the electricity meter but there is no going forward with demolition…at least not today.