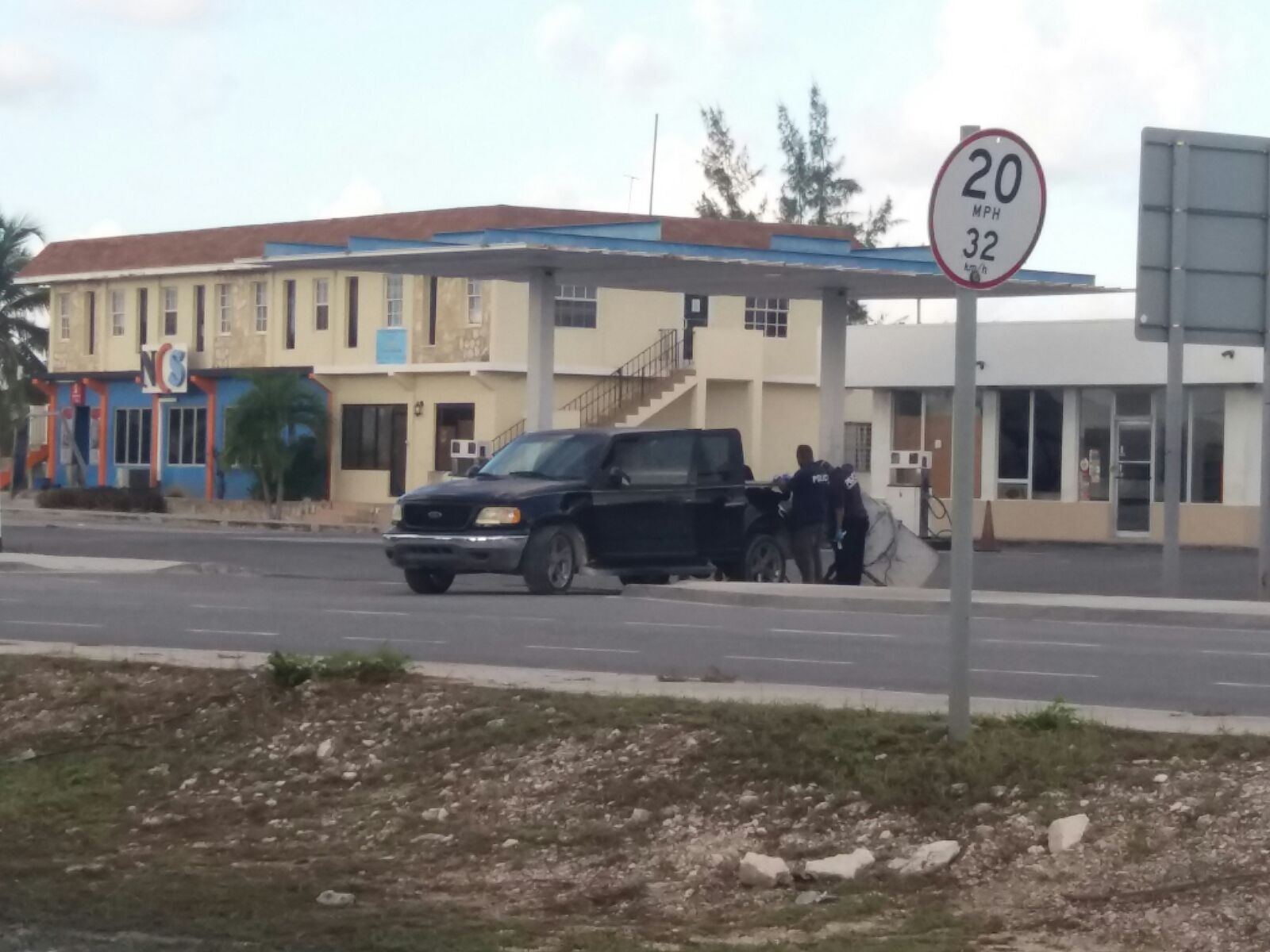 Providenciales, TCI, October 23, 2016 – Magnetic Media has learned that a gun battle erupted in the area after Police caught a team of bandits trying to steal the ATM machine from the MoneyGram location in Butterfield Square, Provo since minutes to 4am.  The suspects had stolen a truck earlier in the night and that truck was being used to forcibly extract Scotia’s ATM.

It is not the first such attempt in these islands this year.  We also learned that an innocent woman was caught in the gunfire exchange, believed shot by the (at least) three assailants who are black men.

They ran into bushes, left the stolen truck behind and made good their escape in the Kew Town area.  The woman was reportedly shot in the leg, said to be on her way to work.  One described the scene as “the wild wild west.”