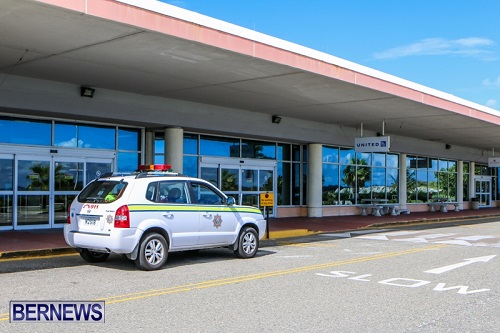 Bermuda, October 13, 2016 – Hurricane Nicole was supposed to spin around in the open Atlantic and fizzle out…she did not do that, and while many joked about her being the angry girlfriend chasing Hurricane Matthew, she is no joke today.

A category four hurricane, doing what none of the forecasts we follow said she would and now she is upon Bermuda.  Often seen as a speck on the map in the northern Atlantic Ocean at just 22 miles long and almost one mile wide; Nicole is considered extremely dangerous for the island of pink sands and short pants. 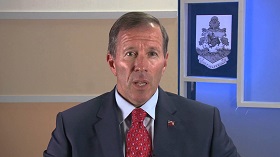 The winds are 130mph with higher gusts; the rain up to 8 inches is forecast to fall and the surge, 6 to 8ft over the usual tide for Bermuda, home to around 64,000 people.  YahooWeather quotes Bermudians on storm preparation; including Premier Michael Dunkley who shut down activity since yesterday, “We have a long night in front of us, we better be prepared for the onslaught of hurricane force winds, but if we heed the warnings, we will be in a strong position once the storm blows through.”

There has been an uptick in hotel bookings, residents opting to stay where they believe there will be electricity.  Flights and Cruises to the island were cancelled and the surf is so fierce, it has literally made deadly waves in Puerto Rico where a 37 year old man, a surfer is believed to have died in the high surf.