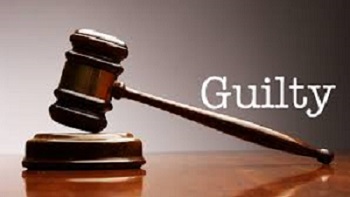 Providenciales, TCI, August 11, 2016 – Police have locked up a Provo man for attacking, in September last year, a young woman and her little brother, after he changed his plea from not guilty to guilty.

Evanson Walkin was arrested and charged with carrying an imitation firearm to cause fear and aggravated burglary after a startling and sickening incident.  Drunk and disorderly is one way to describe Walkin on that day last year as the Police reports that he not only followed and harassed a 25 year old young woman on her way home in Five Cays on Saturday September 26, 2015, but for attacking her, threatening her, attacking her little brother who tried to defend her and for threatening a neighbor who tried to stop his maniacal behavior.

The woman reportedly asked Evanson to leave; instead he dragged her to the floor and wrapped her head in a curtain.  That is when the little brother, only 9-years old stepped in to stop Walkin, who then did the unthinkable.

The man, now jailed for the  crime, took a flare gun and pushed it into the child’s eye and threatened to shoot him…. the boy ran, shaking and screaming outside only to be followed by Evanson, according to the Police.  Evanson continued to beat up the little boy, and even when a neighbor tried to step in to stop the abuse, that neighbor was also threatened with the flare gun, Walkin reportedly told her she would be killed.

Evanson Walkin is said to have fled the scene at that point; he was the next day arrested and after two days of trial this week, the man is now in Her Majesty’s Prison until October, when he will be sentenced.

Though the ordeal was undoubtedly frightening for the 9 year old boy, in this Police account it is clear that the little brother is a hero – his intervention could be described as nothing short of amazingly courageous.