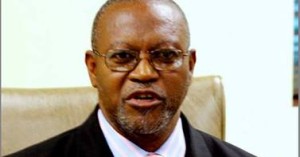 No constituency seat currently held by a PNP Member of the House of Assembly is sacred as the just released list of potential candidates proves that anything can happen when it comes to who makes up the final Election 2016 Team for the party.
National Chairman of the PNP, Royal Robinson has issued statement that not only sees a slew of PNPs challenging as high up as the Party Leader, Premier Rufus Ewing for the at Large opportunity to run in the next General Elections, but it sees district candidates shift to the big at large field in the upcoming run off.  But before the General Elections, there will be a primary which will no doubt prove to be of epic proportions for the Progressive National Party.
In Grand Turk North, incumbent George Lightbourne will be challenged by Sharon Simons.   In Grand Turk South, Arthur Lightbourne will likely be the candidate as he is the lone PNP interested in this seat, which is currently held by the PDM.
When it comes to South Caicos; Norman Saunders the incumbent is not listed… he will now offer at large.  But the race is wide, with five PNPs wanting the job.  Don Fulford, Alden Durham, Alvin Parker, Ruth Blackman and Andrew
Hall – all for South Caicos.
In North and Middle, we see a similar situation because DonHue Gardiner moves out of that district for a shot at an at large post.  Instead Mark Fulford or Tueton Williams will represent the PNP at the General Elections for this district.
Providenciales PNPs are satisfied with their PNP ladies.  No challenge to DP Akierra Missick of Leeward & Long Bay.  No challenge to Cheshire & Richmond MP, Amanda Missick and no challenge to Porsha Smith of The Bight.  In fact, the PNP is hoping to add at least another lady to their Provo line up with Rachel Taylor, former Enid Capron Primary school principal ready to take the Five Cays and Chalk Sound District.
Taylor is the presumptive candidate for this seat.
Blue Hills is with two interested in the seat; Adrian Williams and Claudene Pratt will go head to head in a primary to determine who will challenge the PDM candidate for that district.
In Wheeland, the challenge lies between Elry Lightbourne and Dameko Dean – both men want to represent the Wheeland Constituency and have been vigorously canvassing the area.
Yet, arguably, it is the At Large interest for the PNP where it gets really interesting.  Some political machines would have permitted only three more to contend here as two of the five At large seats in the House of Assembly are held by the PNP.  However, with this party and its constitution, the opportunity is ripe for any post to be held by anyone who wins at the Primary level.
Ten will vye for a chance to run At Large for the PNP… including Rufus Ewing  and Washington Misick, the incumbents but added to the fray are Donhue Gardiner, Norman Saunders; former Nat’l Chairman, Trevor Cooke; Earle Barranco; former government minister, Samuel Been; Rev. John Malcolm and two women will try: Sheba Wilson and Alicia Swann.
Chairman Robinson confirmed that the voting primaries will be held next month and will allow only registered PNP Constituency council members to vote for the candidate of their choice; that candidate will be sent on to the NEC of the PNP for ratification.