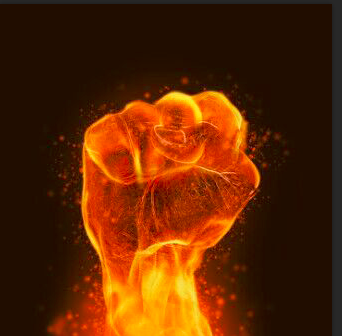 The country will have to wait until next week to know exactly what Michael Misick is going to do politically after an image of a flaming fist appeared on his popular Facebook page today.
Michael Misick is not done with front line politics and he has admitted this time and time again; he has also expressed profound interest in supporting a party that supports a strong push for independence.
While comments on why he wants to see an independent Turks and Caicos are all over the place, what is clear is that the PNP upset the former premier greatly last week when his name was not among the at large candidates interested in offering on the PNP  ticket in the upcoming General Elections. 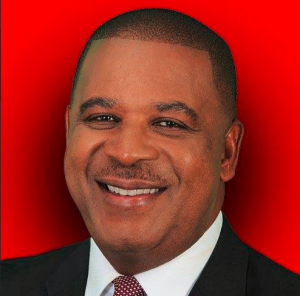 In that FB post, Michael Misick who is a defendant in protest in the SIPT trial says, “Power to the people!! It’s time that we take back our country from the British and any other group of people that sympathies with them. These people are standing in the way of Progress and preventing us from achieving our Dreams of a progressive, safe and strong independent Nation. It’s time for a change. Join the Movement for Change.”
Magnetic Media today reached out to  Mr. Misick who said he is not yet ready to speak but will do so next Wednesday; so there was no clarity on who are ‘these people’ to whom he is referring.
The ‘flaming fist’ is getting reaction too; some say go for it, others express concern about a leap to independence too soon for the Turks and Caicos Islands.