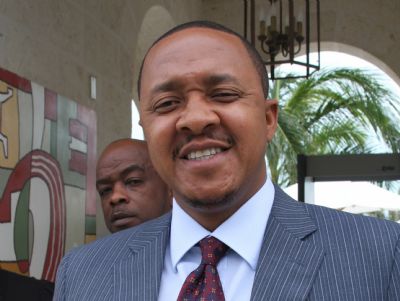 Providenciales, 29 Jan 2016 – Daily press releases. A website where their accusations are posted on a daily basis. A global media relations campaign. These are things that generally cost tens of thousands of dollars a month. And, it’s exactly what the prosecution is doing in support of their case. To that end, the defendants in the high profile TCI probe and trial are publicly presenting a few questions to the mystery group running this public affairs campaign on behalf of the prosecution.

“I’d like to know how much this is costing, which taxpayers are paying for it and who is running this operation to make unproven allegations against the defendants in the press?” asked Michael Misick.

“If we’re committed to a free and fair process, why are both sides not given an equal number of resources in which to pursue public relations? This, along with the fact that the defendants are denied a basic right to trial by jury are two examples of how the state is stacking the deck against the defense,” concluded Misick.

McAllister “Piper” Hanchell concurs, “I’d also like to know who is running this website and if the tax dollars of Turks & Caicos Islanders are being used to finance a media smear campaign against the defendants? We all want a fair trial, but, when we don’t have access to a jury and the state uses taxpayer money to fund a PR blitz against us, you wonder if justice will really be served?”