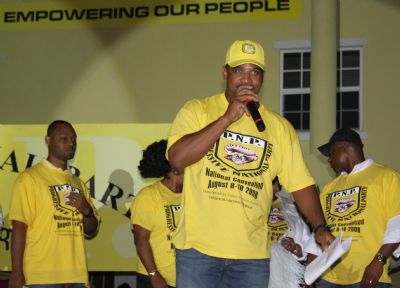 Providenciales, 10 Dec 2015 – Michael Misick believes that his desire to see the Turks and Caicos as an independent nation is where the fall out happened between the embattled former Premier and the British.

It is what Misick told the Brazilian court after they denied him political asylum but held him on an Interpol arrest warrant.

Misick was fighting being extradited and had repeatedly penned, during that time, that he believed he could never get a fair trial.

Andrew Mitchell for the SIPT painted a contrary picture.  Saying the UK was not bothered by any political aspirations of Michael Misick but were concerned that he and members of the PNP received large sums of money from investors at the Progressive National Party; some of that money allegedly made it to the personal accounts of some.

Mitchell said this was either a conspiracy to steal from the citizens or it was a money laundering scheme; either way, it was not unreasonable to have Misick answer to these charges.

Mitchell told Justice Paul Harrison this is what the UK attorneys argued, adding that the Brazilian judge was also able to see that as many as 13 others were a part of the disturbing allegations, each facing multiple charges.

The QC was aiming to demonstrate that additional charges linked to the same alleged malfeasance would not have been a breach on their part.

This special argument was brought by Ralph Thorne, QC the lead attorney on the Michael Misick defense team.

At the conclusion of court on Thursday, it was determined by the near 30 attorneys that proceedings would wrap up early today and again next week Friday as the SIPT trial pauses for the holidays.