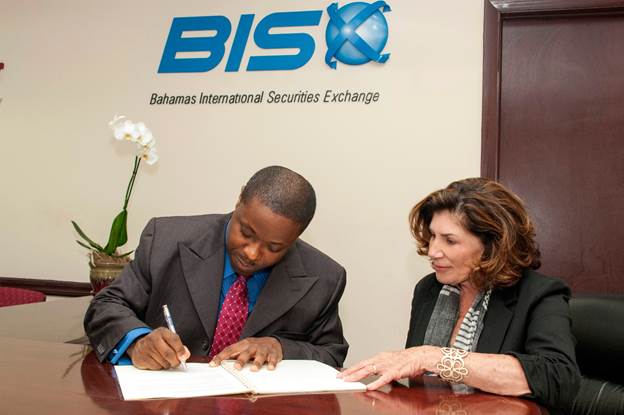 Nassau, 24 Nov 2015 – Fifteen years after it was launched in early 2000 as the first new stock exchange of the 21st Century, The Bahamas International Securities Exchange (BISX), has emerged as one of the key drivers of business in The Bahamas. Today BISX serves as the listing portal for 43 securities with a total value of $4.3 billion as well as 41 mutual funds with a Net Asset Value of more than $2 billion. Believing it was time to tell the BISX story and raise its profile, CEO Keith Davies signed a contract this week with Diane Phillips & Associates for a new website, public relations services and guidance increasing its community involvement. Davies and Phillips are pictured at the exchange’s office at the Fort Nassau Centre, the western addition of the British Colonial Hilton.