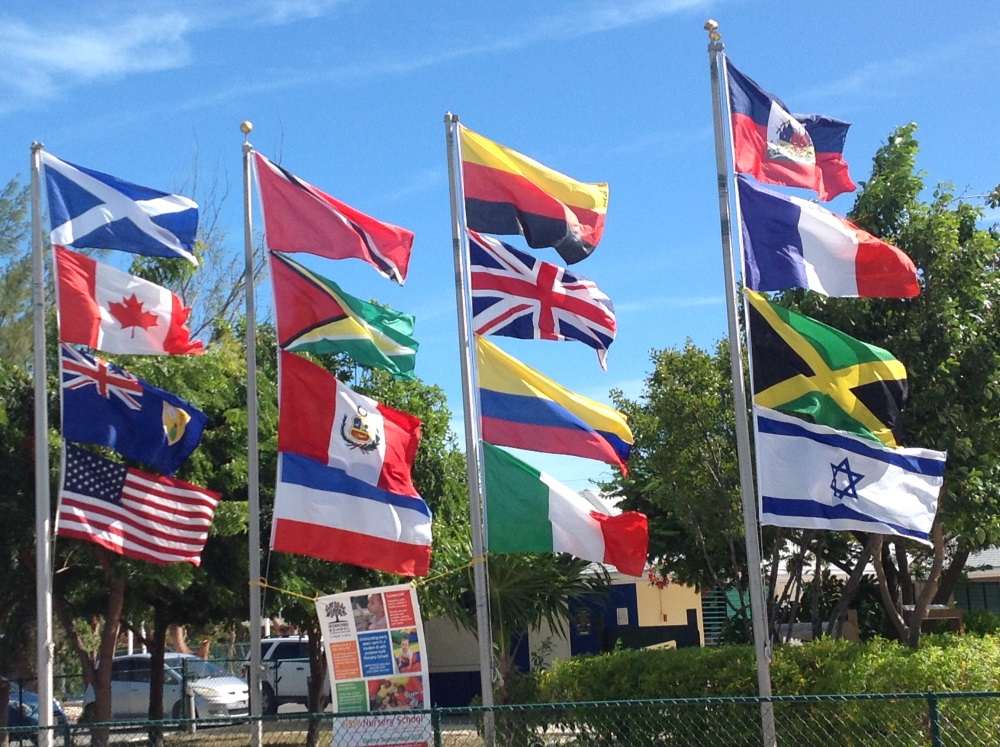 Providenciales, 10 Sept 2015 – They are calling it an honest mistake, school administrators at the International School of Providenciales say it was an admitted oversight by officials which led to the Turks and Caicos flag being flown below eight other flags in total and more specifically the Canadian and Sweden flag on the school’s premises recently.

This in light of outrage by residents who called the act disrespectful after a picture surfaced on Facebook.

It was leader of the Progressive Democratic Alliance, Oswald Skippings who first brought the grievance to light as he shared the photo and his thoughts with followers on social media saying, “This display of flags is obviously a total disregard for our sovereignty.” Residents who felt the act degraded the Turks and Caicos flag also shared similar sentiments.

Amidst the controversy, school officials say they have repositioned the TCI flag. Administrators say the flags represent the nationalities of their students and are sometimes raised by the school children, as was the case in this instance.

On the school grounds today, the TCI flag could be seen visibly flying high, on its own pole. Turks and Caicos flag protocols states that the TCI flag must be flown above the flags of other countries.