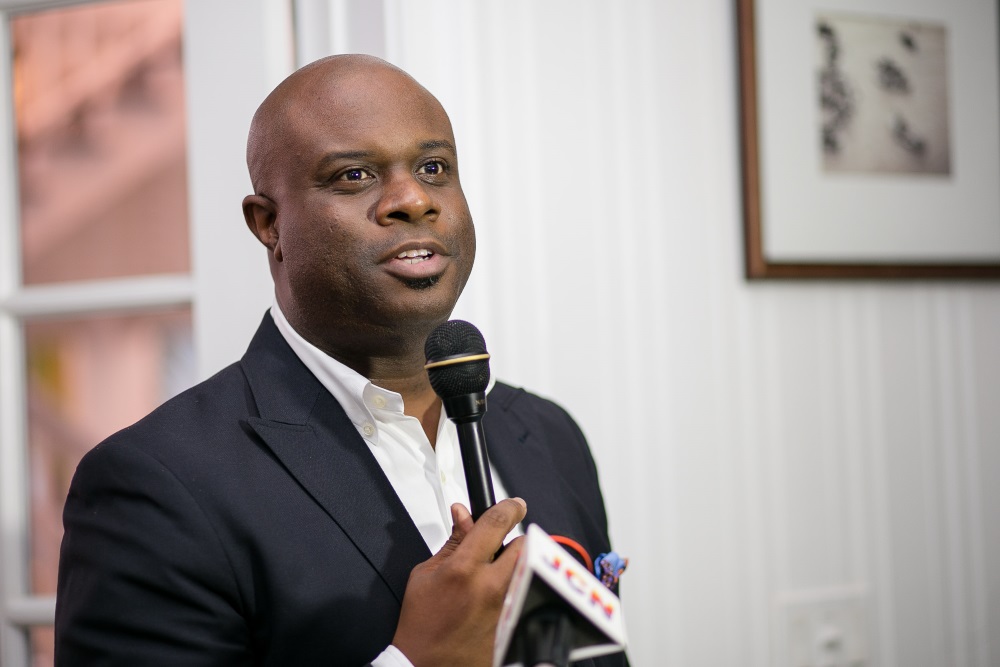 Nassau, 15 Sept 2015 – Directors and executives of the Bahamas Chamber of Commerce and Employers Confederation met with the joint provisional liquidators for Baha Mar today in an effort to keep the lines of communication flowing between the business community and the stalled project that is considered by most to be the single largest influence on business conditions in the country at this time.

“We know how much work the joint provisional liquidators have before them so we were pleased that the Bahamian lead on the liquidators’ team, Edmund Rahming, was able to sit with us to engage in early discussions about the best way forward,” said Chamber CEO Edison Sumner.
Rahming is Managing Director of KRyS Global (Bahamas) which was appointed along with UK-based AlixPartners by the Supreme Court to act as joint provisional liquidators until the court hears the winding-up petition of the Baha Mar Group companies. That court date is set for November 4.

“Until that time, we appreciate that the joint provisional liquidators’ role is to preserve the assets,” said Sumner. “While we would have liked for the Baha Mar matter to be resolved through arbitration or mediation with all parties sitting at the table, we are pleased that at least one of the mandates of the joint provisional liquidators is to promote a solution among all parties for the best way forward to get the resort opened. We are prepared to assist in any way possible to move the business forward. Many of our members are directly involved as they have made investments to participate in the Baha Mar dream whether through contractor or vendor services, retail or dining or other. But we know the greater impact on the entire economy in terms of potential revenue, jobs, entrepreneurial opportunities and a new product for a country whose major economic driver is tourism.”

Accompanying the Chamber CEO were directors who were directly impacted by the halting of the $3.5 billion project which came to a standstill when the developer, Baha Mar, filed for Chapter 11 bankruptcy protection in a Delaware court on June 29 and the subsequent filing for a provisional liquidator in the Bahamas Supreme Court. Hours after the meeting between the Chamber and the joint provisional liquidators, the Delaware court dismissed the cases, ruling the matters should be decided by courts in The Bahamas.

Chamber Directors who met with Rahming included Michael Maura, Chair of the ADR Division at the Chamber and CEO of Arawak Port Development Limited; Tara Morley Nolan, Chair of the SME Division and Cole’s of Nassau, and Lana Lee Brogdon, of New Oriental Cleaners. According to Rahming, the meeting was open and cooperative.

“As joint provisional liquidators, it is our responsibility to preserve and protect the assets and toward that end we are pouring through documents to establish a clear picture of the factual status of project,” said Rahming. “However, even as we perform those tasks, it is important to keep the lines of communication open with all who are impacted. We respect the Bahamas Chamber of Commerce as the voice of business so we are appreciative that they reached out. The meeting was productive for explaining our role and our doors remain open.”