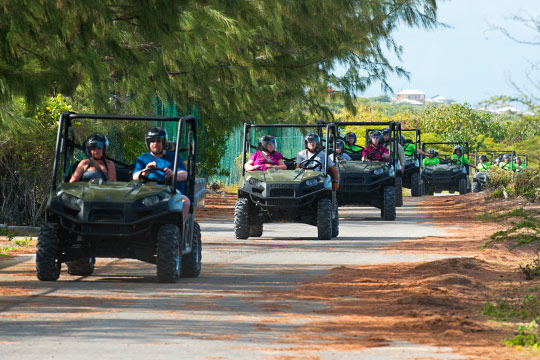 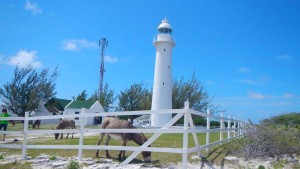 Providenciales, 11 Aug 2015 – Right now, on Trip Advisor the Grand Turk Lighthouse ranks as #5 of nine must see sights in the country’s cruise capital and it has an impressive rating of 4.5.

There are 98 comments posted about the picturesque spot which is most impressive due to three elements mainly it seems: the donkeys, the zip lining and the amazing view. Nonetheless, residents and officials agree that it is time for the Grand Turk Lighthouse to be spruced up, significantly.

It is believed that it will take more than is currently allotted to create the kind of historic attraction that is the Lighthouse roadway and Lighthouse landmark in Grand Turk. The Cabinet agreed to increase the redevelopment by $30,000, subject to Carnival Cruise Lines approval as a part of the Infrastructure Fund. The minutes from the meeting explained that the money would be needed to facilitate the implementation of the consultancy to provide design and technical documentation suitable to tender for the reconstruction and upgrading of Lighthouse Road in Grand Turk. In 2013, it was said some $2 million dollars was assigned for the Carnival Infrastructure Fund; $650,000 of that is to be provided by TCIG.